Doctor Who: Arc of Infinity - Review 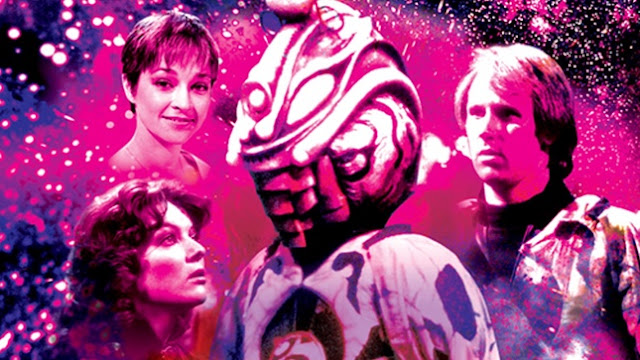 Arc of Infinity was the story which kicked off Doctor Who's twentieth series, a series which was the victim of another of John Nathan Turner's bright ideas. For the series which would lead into the twenty-fifth anniversary, each story would feature the return of an old monster. But was it to be fan favourites like the Ice Warriors, the Daleks or the Sontarans? Was it to be the second tier villains like the Autons, Yeti or Silurians? No, it was to be Omega.

In fact, none of best monsters returned, instead we got the aforementioned Omega, the Black Guardian and the Mara. Monsters who hadn't long been in the series. It shouldn't have been such a bad idea to see the return of many old monsters, but in his special way, Turner still managed to muck it up royally. 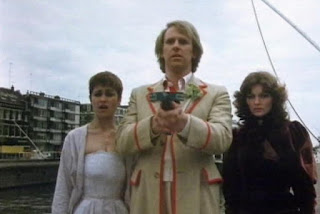 Now, lets be honest, Omega is never going to be on many long term fan's wish list for old monsters. His fate was quite sealed in the end of The Three Doctors, way back in 1973 and yet here he is, planning his revenge against the Time Lords for the second time in a row and particular revenge for the Doctor. What was nice to see was that his taste for naff looking lackeys hadn't diminished. Nor had his uncanny ability to be exceedingly over the top and dull at the same time.

What is even more bizarre is that, once the villain is revealed, the Time Lords couldn't give a toss about Omega. They are far more interested in having the Doctor disintegrated for some unexplainable reason. The story is pleasing enough though on the companion front. My favourite companions, Tegan and Nyssa are still there. Tegan reappears after having been left at Heathrow at the end of the previous story, Time-Flight. I'm glad she ditched the air-stewardess uniform and got into something a little bit more practical, even if it led to the actress constantly slipping out of her boob tube behind the scenes. But Nyssa gets a worse deal in this story, she is forced to sit much of it out and only appears in 'blink and you'll miss her', moments.

When the Doctor and his companions are finally reunited, they head off for a final showdown with Omega in... Amsterdam? It really was very undramatic. Amsterdam? While it looks very pretty on screen, it doesn't serve a purpose to the story beyond some incomprehensible nonsense from writer, Johnny Byrne.

Of course, it is interesting that off all the places in the universe Omega could choose to hang out, he picks Amsterdam! Though what he found appealing about it is anyone's guess. Hmm, I wonder...