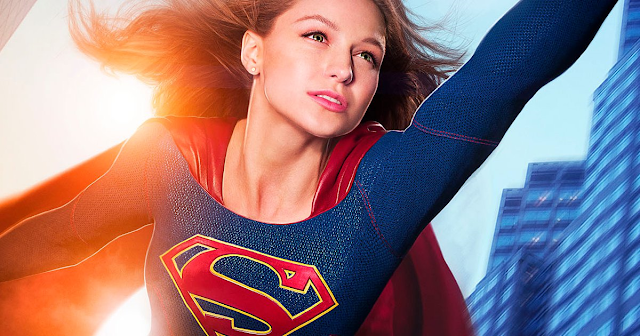 So much about Supergirl was flawless, right from the announcement that it was going to be developed for television. Melissa Benoist managed to completely encapsulate the lead role and showed us both the vulnerability of Kara Danvers and the determination of Kara Zor-El. As a character, she was written as someone who could make mistakes and not be afraid to own up to them, while being strong, upbeat and capable. Her performance carried into the show well, which also managed to nail the cheery tone it was trying to capture from the off. This show came across as the perfect tone to the upbeat Smallville and Lois and Clark series' rather than the darker and grittier Superman stories we have seen in the recent Zack Snyder movies.

I'm sure that I'm not alone when I say this season was at its best when it showed Supergirl stopping criminals, saving people from burning buildings and wrecked cars, doing superhero stuff. Some of her best character development came from her using her tenacity and wit to overcome different obstacles, instead of just punching her way through issues. A great example of this was in the episode, Human For A Day, where she has drained her powers in the fight with Red Tornado in the previous episode and she has to disarm a thief just by talking to him.

The one really fundamental flaw of this first season was the inclusion of DEO. Seeing characters like Oliver Queen's Green Arrow and Barry Allen's The Flash having teams seems like a perfect fit. And that would have worked on Supergirl too. But having her work for a government organisation tasked with tracking down aliens just didn't work properly, it didn't mesh well with the rest of the world that the producers had spent a lot time creating. In fact, the DEO often got in the way of Supergirl stopping threats to their home and stopped her saving people and things on her terms and instead by following orders.

And what certainly didn't help was the unnecessary love triangle between Jimmy Olsen, played by Mehcad Brooks, Lucy Lane, played by Jenna Dewan Tatum and Kara Danvers. The pairing between Jimmy and Kara took far longer than it should have but what really hurt the pair of them was the show didn't go out of its way to explain to the viewers why these two were a good fit. But then Kara's friend, Winn Schott, played by Jeremy Jordan, didn't really make much of an impact, with Childish Things, the only episode that allow Jordan to get some decent development.

But Kara's three most powerful bonds in this season were those between herself and her sister Alex, played by Chyler Leigh, J'onn J'onzz, played by David Harewood and Cat Grant, played by Calista Flockhart. The first bond shown was that between herself and her sister when Kara saves a plane that Alex is on from crashing into National City. It really helped that Kara and Alex felt like real sisters who fought and argued but really loved each other too. Their bond was aided by J'onn J'onzz, especially when they learned the truth about what really happened to their father. The duo became a trio as J'onzz became the father figure for the pair. J'onzz's storyline was a particular highlight of this season especially with his eventual unveiling as Martian Manhunter. In fact, the episode dedicated to his character, Manhunter, is one of the more touching episodes this season has to offer.

But there is no denying that the breakout character for this season was Cat Grant. She not only provided sharp and witty one liners in each episode, but, more surprisingly, turned out to be Kara's strongest source of inspiration. Their story arc was by far the most potent in the season, and the way they complemented each other was a joy to watch develop through these twenty episodes.

However, in terms of the adversaries that Kara had to face, the series was very uneven. Sadly, they were what brought the season down. They were either too distracting or goofy looking, with Indigo, Jemm, Master Jailor and Silver Banshee, coming to mind right away. Both Non, played by Chris Vance and Maxwell Lord, played by Peter Facinelli lacked enough presence and motivation on screen while neither being described as the big baddie for this season. Sure we had some villains like Maxima, Red Tornado and Bizzaro but the most effective baddie was Kara Danvers herself when she was infected with Red Kryptonite and became bad for an episode in Falling.

Despite whatever flaws the first season of Supergirl might have had, it was an enjoyable first outing for this character. It was aided by the performances from Melisa Benoist and Calista Flockhart and the show's unwavering optimism. What I also liked was that it featured the previous actresses to play Supergirl. Helen Slater who was the Kryptonian in the Supergirl movie and Laura Vandervort who played her in Smallville make appearances as Kara and Alex's mother and Indigo respectively. Now at the mid-season break, the second season has picked up a few plot threads which had been left hanging, who was in the pod which crashed at the end of this season and has unveiled Cadmus. While the brilliant core elements of the series are in this first season, they just needed a little bit more development and a real villain for Supergirl to come up against.

And while not the episodes may have been brilliant, when the show flew, it really soared, especially on the emotional impact front. And so what if it didn't hit the ground running like The Flash did, he, by the way, makes an appearance. But it's second season is currently raising the show to the greatness that the other CW Superhero shows enjoy.