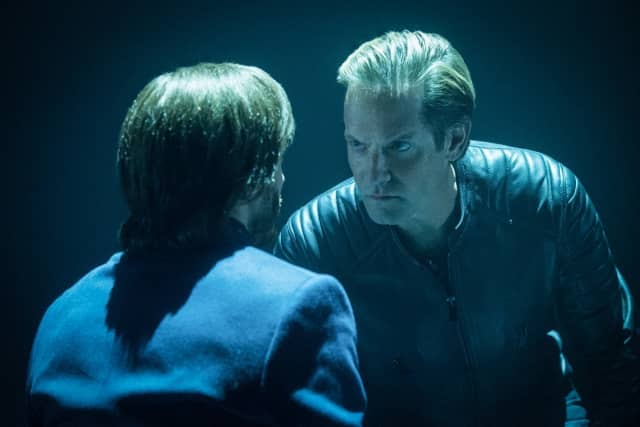 Much of this episode is given to exploring the villains, hence the title and having Damien Darhk and Malcom Merlyn team up in order to teach Eobard Thorne - AKA The Reverse Flash - a lesson was very fun to watch. Especially since the pair of them had different methods, Darhk prefers the direct approach, while Merlyn prefers subtlety.

While the Legends search for the Spear of Destiny, Stein enlists the aid of his daughter from 2017. Of course, this leads to some cracks forming in the team, concerning the nature of Stein's daughter as she is the result of a time aberration that Stein himself caused. Though everyone is perfectly understanding, she may not have existed when they left, but she is a human being and as such, should be treated like one.

Actors, Matt Letscher, Neil McDonough and John Barrowman really up their acting game in this episode and by the time the final credits roll around, they seem to have made themselves a formidable group of opponents. And they manage to re-programme Rip's brain in the process.

If there was something which was lacking from this episode, it was a period setting. But that really was to expected with the writers allowing us more of an insight into the mind of the baddies rather than the goodies.

It was also nice to finally have Arthur Darvill back as Rip Hunter, though with his re-programmed memories, he is more a member of the Legion of Doom than he is a Legend. I shall be very interested to see how that plays out...