Doctor Who - Planet of Evil Review 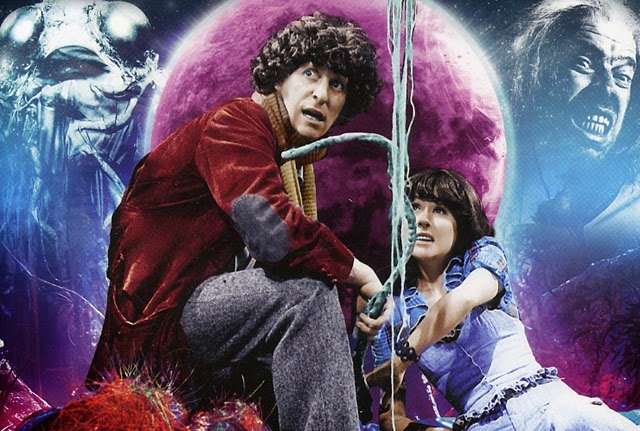 Planet of Evil has never been a Doctor Who story which has captivated me. In fact, I much prefer the Target Novelisation to the actual television story. I remember it being one of the videos I had but had never watched. There was an illusion surrounding it telling me that this story was going to be worth watching, so eventually, I did. And then the illusion died a death on a jungle planet on the edge of known space... 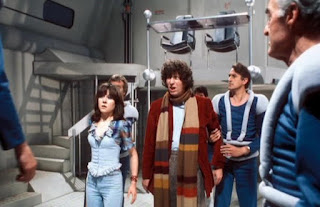 A military expedition has journeyed to the edge of known space to find and rescue a scientific research team who have been dying off one by one. Eventually, they discover there is only one left...

They have been searching the planet Zeta Minor, a planet which is the bridge between the universe of matter and the universe of anti matter. The surviving scientist is looking for a way to save his dying planet and wants to take some anti-matter with him which is, of course, a big no-no.
But matters are made worse by the mystical properties of anti-matter which has slowly turned the scientist into some sort of werewolf creature.

And in the Hinchcliffe and Holmes era, which took the show to gothic and horror heights, this story is basically the Doctor Who take on Dr. Jekyll and Mr. Hyde with a planet that can switch from being safe to deadly in a heartbeat and a werewolf thrown in for good measure. 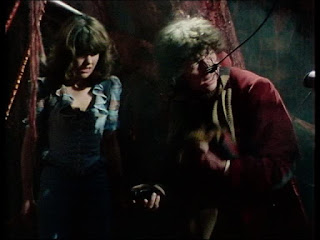 I don't consider Planet of Evil to be particularly bad but I don't consider it to be good either. In fact, if you are to really look at it, it is almost Doctor Who done by numbers, like the author Louis Marks has taken a look at what Doctor Who needs and put each point somewhere in this story. We have a jungle planet, a military expedition, the eventual belief that the Doctor is behind everything going wrong, the power struggle between the captain of the spaceship and the second in command. A scene where Sarah thinks the Doctor is dead and your bog standard incidental music oh and another appearance from actor Michael Wisher.
But I'm going to give the story some credit, when it does some of these points well, it does them really well.

The jungle planet works brilliantly, especially as it is shot on film at Ealing studios and the quality of the tape helps to make it look even more alien. It doesn't look clean, like someone just threw some shrubbery on the floor at television centre! And the deaths are handled well. Broadcast in 1975, I would imagine that the kiddies didn't enjoy seeing skeletal remains in uniforms very much! The lighting is one of the examples of how much better the show looked when the BBC turned the lighting down and the direction from David Maloney, especially when the werewolf appears is top notch. 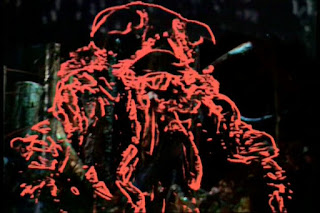 And the story boasts a pretty descent cast, which was in keeping with the Hinchcliffe era which introduced us to some of the show most loved characters. We have another appearance from Prentis Hancock, playing Commander Salamar. However, we need to face facts, Hancock is a bit of a pantomime actor and doesn't, to my satisfaction, convince me that he is a commander of a military expedition. Michael Wisher had previously played the role of Davros when the character was introduced. Here though he doesn't get much to do except to stand around and get a second and highly racist, voice only role, after his first character is killed off.

But when you come away from this story there will only be two things which will stick with you! How many times to the characters have to say the name Salamar? Ewen Solon's Vishinsky character just can't stop saying the name. In fact, most of the time he doesn't just say it, he shouts it! Its not as if Salamar is the first odd name we've had on the show, it is something which gets very old, very quickly. And the Doctor seems off here. Tom Baker gives the Doctor an unusually moody performance here, which isn't what makes it feel bad but there is something not right about his character which I think probably lies somewhere in the writing. From early on, his costume doesn't look right. It looks like he is someone trying to dress like the Fourth Doctor but hasn't quite got his costume right. His coat is evidently too small on him and he wears a bizarre, frilly neck thing as well as his scarf. He then takes off his scarf at some point in episode 2 which completely unbalances his costume even more.

We then come to the werewolf monster, Sorenson becomes. The makeup looks no where near as fearsome or scary as the Target Novelisation tries to make it look and he doesn't die at the end of the story, which is quite a departure for the show to do that. Usually, a character like that would die at the end of the story, wrapping events up, as the planet would have all its anti-matter back. Instead, the planet cures him of all his ills and werewolf-ness and he is returned safely back to the rescue ship! And I can't find a reason why the rescue crew would be happy transporting back a man who, although now cured, did kill dozens of their shipmates.

Sadly, Planet of Evil is unremarkable and is often overlooked. I can't really find anything about this story that makes it remarkable. If you were too miss this story, I wouldn't worry too much as you don't miss anything. All it really is, is a lot of men in low cut space uniforms shouting at each other! In no ways is it what I would call a classic story. It is a good job that the story that followed it, is...