Once Upon a Time: Season 3 Episode 5: Good Form Review 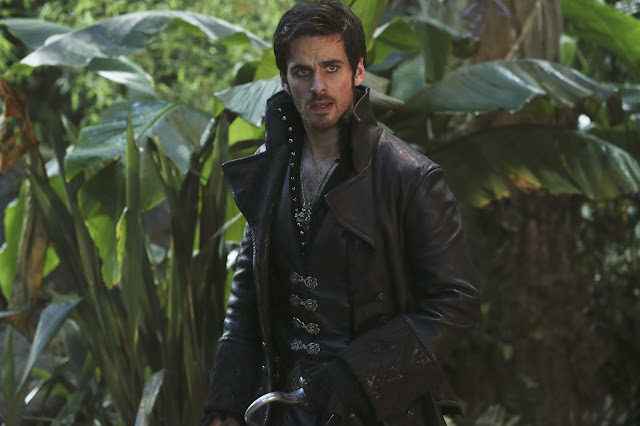 This season has seen the characters of Charming and Hook spend a lot of time together, mainly because Hook was only one Charming told he had been poisoned. In this episode they spend a lot of time together and one might worry it might descend into unwanted pirate jokes but luckily, their dynamic developed a lot more. It is refreshing to see Colin O'Donoghue get a lot more to do as Hook and he does conflicted so very well. And it turns out that he and Josh Dallas have a good chemistry when they are given something decent to do together.

Using Dreamshade as a way to tie the flashbacks and present sequences was effective as we learn what it can do and what price it will come with before we are given Charming's dilemma. It looks like Hook is really trying to change who he is and become more of a hero but I suspect the fact his brother died of Dreamshade has something to do with his wanted to save Charming, not to mention a possible relationship with Emma.

At the end of the last episode we see Hook and Emma kiss and although she says it won't happen again, I suspect it will as a little love triangle between Emma, Hook and Neal wouldn't be the worst thing to happen on television.

It was also nice to see the difference from Captain Jones to Hook. I always knew it would take something big to push him into the pirate life. We don't see a lot of what happens after he becomes a pirate in a clever move to keep his origins open. We know he has already been to Neverland but there is still a lot more to explore. O'Donoghue is fun to watch and is capable of carrying off more than one Hook centric episode.

Regina has been another character who has been underused so far this series but here she is also given a lot more to do. Even if she is evil, she gets things done and it makes you admire her slightly. Her taking out one of the Lost Boy's hearts was something you expect from her but Emma's agreement added a nice little twist to her character. Both Emma and Regina are stuck in the same place looking for their son and both will do whatever to save Henry.

Emma is still a little bit of an odd character as it feels like no one has completely figured out exactly who she should be. Perhaps the intent is that she is just continually lost making her a good addition to the lost children on Neverland but it doesn't really work. She really is at her best when she has flashes of purpose but she needs a defined path to follow, that way, we'll get more from her character.

If the season so far is anything to go by then the show is certainly upping it's game. All the characters have plans, some like Hook and Rumple feel like they might revert back to their dark ways under the influence of Peter Pan and some might be trapped in Neverland forever. The show knows how to deliver surprises and there is a promise of more to come!

Certainly having Hook front and centre with his dodgy motives make this episode a lot of fun. However, its time the group move closer to saving Henry. I know that Neverland is supposed to be a place you can never leave but I feel like that at this point, if the show isn't careful it could stuck there forever...