Doctor Who: Doctor Who and the Silurians Review 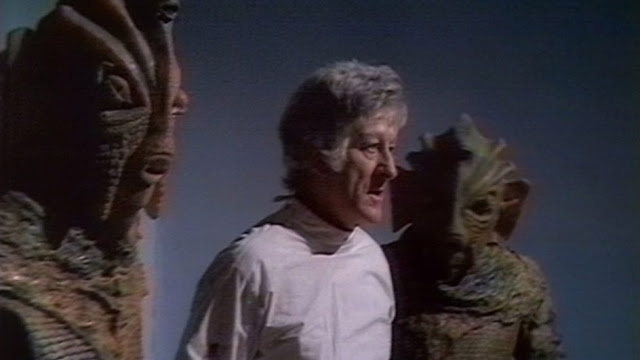 A research station is being plagued with personnel and technical problems and UNIT agree to look into the problems with the reluctantly given aid of their two scientific advisors, The Doctor and his companion Liz Shaw. But little do they know that the true danger lies underground. For the Silurian's, an ancient reptile race that once ruled Earth have woken from their suspended animation and aren't too keen to find that the primitive apes they once knew have evolved and taken control of their world. They want to use the power station above them to wake up the rest of their race and then emerge from their caves to once again take control of the world. Now the human race is faced with extinction but the Doctor is forced to wonder who the real monsters are and who will be the victims. He tries to create a peace treaty between both species.

Introduced in the previous adventure, Spearhead from Space, Jon Pertwee's Doctor has emerged already and it is a performance he would stay with for the next five series between 1970-1974. Making it's debut in this adventure is his beloved yellow roadster, Bessie, who is just as iconic in this era of the show as the TARDIS. But The Silurians is a really a story that displays the Doctor's correct moral outlook, from the moment things start to go wrong, he instantly wants to try and forge peace between the two species in question. But it is in vain, as the viewers, always one step ahead, know things aren't going to go well when it comes down to both human and reptile nature. 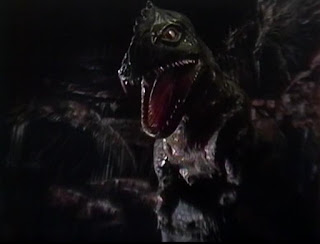 What is odd about this story is the Doctor/UNIT relationship. This story is a little way away from the UNIT family dynamic which was formed by including Katy Manning as Jo Grant, Richard Franklin as Captain Yates and John Levene as Sergeant Benton. But in this story, that relationship is still being born out of necessity, the Doctor and UNIT need each other for their own ends and the Doctor's and Brigadier's friendship is tense to say the least. But, excluding the events at the end of the story, it was the story that solidified that friendship.

The guest cast are excellent here, Peter Miles plays the high strung Dr. Lawrence to perfection and Fulton Mackay is superb as the smooth Dr. Quinn. Other welcome characters include Masters played by Geoffrey Palmer and Norman Jones as the headstrong Major Baker. Science Fiction fans will also find it surprising that this story also sees a young Paul Darrow, the bloke from Blake's 7, as the Brigadier's right hand man, Captain Hawkins. 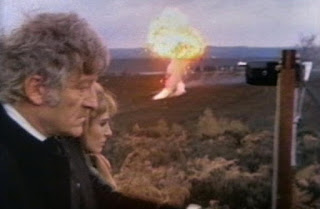 But this story isn't without it's faults. There is an occasionally annoying musical score and the noise the Silurian signalling makes really grates on the nerves and ears. The story also includes brief sightings of a T-Rex which aren't really Jurassic Park quality, but this was the early seventies and from the neck up, the Silurian's look incredible. It is just a shame their costumes go south when we see their bodies which are obviously rubber suits with flaps that occasionally reveal the secret that even super-evolved reptiles wear undershirts. And the seven episode format this story has is also problematic as the story starts to dip in the obviously padded episode six.

But The Silurians does something that the show hadn't really done before. The Doctor actually loses and the story ends with one of the most arresting images in the entire history of the show. The Doctor has been defeated but not by the monsters instead his friend and ally. The show would never be that dark again...