Doctor Who: The Light at the End Review 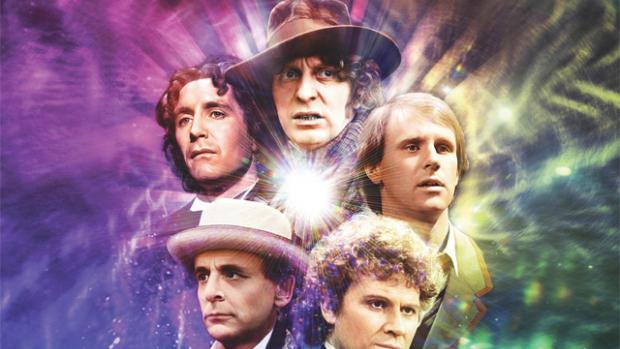 The Light at the End was Big Finish's audio adventure which celebrated the 50th anniversary of the show. That is why it is surprising when reading the booklet's notes, we discover that Big Finish weren't going to actually do a story to celebrate the fiftieth anniversary. They say that multi-doctor stories are a bit of a poisoned chalice. But, Big Finish have done more multi-doctor stories than there have been on television so, surely it was Big Finish who poisoned that very chalice?

Looking back on their catalogue, you can see that they have actively tried to avoid doing a proper multi-doctor story. We have Project: Lazarus which features both the Sixth and Seventh Doctor's but it turns out that the Sixth Doctor is a clone. Then we have Zagreus were all the Doctor's and companions come back to play different characters that no one actually cares about and the Four Doctors featured all the Doctors together for all of 15 seconds. Then with The Sirens of Time, all the Doctors get an episode to themselves before being put together in the final part.

This adventure sees the first eight of the Doctor's incarnations drawn together because of a mysterious flashing light that appears on all their consoles, a flashing light that has never been there before. The TARDIS then begins to indicate that the centre of all their problems can be found in 59A Barnsfield Crescent, Totton, Hampshire, Earth on the important date of the 23rd November 1963. But they find that the occupants of the house have somehow become incorporated by an elaborate trap, instigated by none other than the Master!

As one might imagine with a multi-Doctor story, the story needs to start at a climatic point and the story really does kick off. The first half suffers a little from the unavoidable fact that there are a lot of characters and plot points that need to be introduced and indeed the address gets a little overused but, it does set the story of for when everything kicks off in part two.

The plot manages to hold up and the Master's scheme does have one or two interesting concepts and while the core of his plan works, the peripheral bits of it don't entirely make a whole lot of sense. But the point of this story isn't the Master's plan, it is the characters. It is a celebration of the past 50 years after all. The joy of this story comes from the moments of interaction we get to hear between characters who wouldn't normally interact with each other. For example, the 4th and 8th Doctor scenes and Ace and the Sixth Doctor scenes are both particular highlights. Though what I was disappointed about was that we didn't get much in the way of companions meeting.

There are some nice moments for the companions but they are forced to take a bit of a back seat. Alright it was impossible for author Nick Briggs to give them anything substantial but I would have liked to have heard more from them.

While this is predominantly an Eighth Doctor adventure with his incarnation starting and ending the play, all the other Doctor's get a lot to do but one is left wishing that they all got a lot more time together, there isn't enough of their bickering for my liking! But the way they do all interact is a testament to how much Big Finish have developed since Sirens.

The Light at the End won't win awards but it is a nice little celebration of the show we love so, so much.