Doctor Who: The Krotons Review 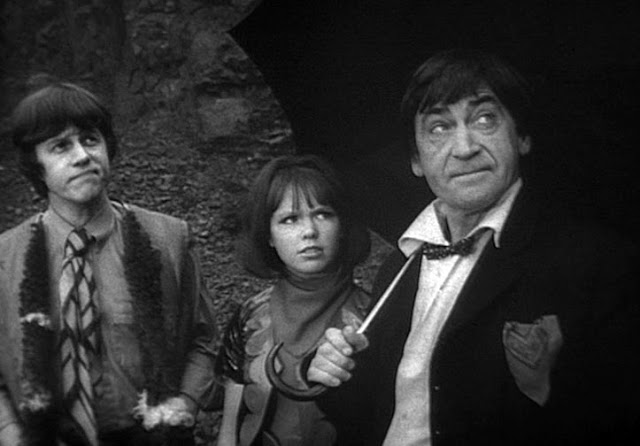 If you ask any hard core Doctor Who fan who their favourite writer was from the classic era of the show, then more often than not, the answer will be Robert Holmes. He was after all famous for making the show more scary and therefore more popular before his reign of terror was brought to an end by the hands of Mary Whitehouse. He wrote some of the most popular Doctor Who stories, Spearhead from Space, The Ark in Space and The Talons of Weng-Chiang to name but a few so it perhaps a little ironic that his first two stories for the show are not the best of adventures. I refer to The Krotons and The Space Pirates of course. Mercifully, only one episode of Pirates still exists, it may be better if the whole story was still around but I won't hold my breath but The Krotons still exist in it's entirety kept by the BBC as a 'classic' example of Doctor Who from the Patrick Troughton era.

But why isn't The Krotons a very highly regarded story? Its not that it's bad, but because people just can't seem to take it seriously. But why can't people take this story seriously when it is written by Robert Holmes and features acting legend Phillip Madoc in his first Doctor Who role? 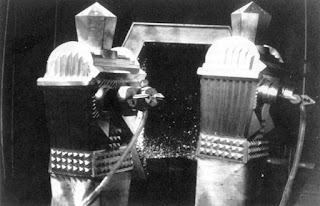 I think the main reason why people don't hold this story in any form of high regard is because of it's monsters. In many of their early shots they look impressive when the director David Maloney, another Doctor Who legend, decides to shoot them in tight close ups. But the whole illusion falls apart when you see the whole monster. It is obvious that at no time did anyone bother to tell the costume designers that there were scenes when the whole of the monster would be visible. The entire top half of the monster is very impressive but obviously designed because they believed the monster would only be seen in close ups. When we finally see the creatures walking about, they appear to be wearing skirts and we can see the actor's knees whenever they move.

Then there are the voices. Doctor Who has always been great at voices, whether it be the grating cries of a Dalek to the mechanical orders of a Cyberman or the hissing of an Ice Warrior. Doctor Who has always made it's monsters iconic through their voices.
So, why on earth do these creatures speak in a deep Brummie accent? Because of this anything they say like, "The dynotrope will expire in 30 minutes", becomes "Theee Doweyatraope weellll exoyar enn therteeeee meeeneeeets." It is even more strange when you find out that the voice of the Kroton's came from Roy Skelton, a man who go on to voice Zippy so why he chose to play them like this is anyone's guess. 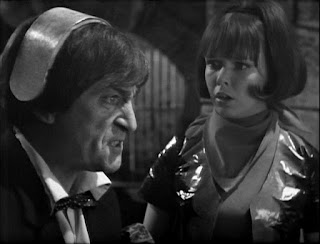 Another major problem with this story comes from the plot itself because it just isn't interesting. It's not that it doesn't make sense, in fact the premise that the Gonds are only learning what the Krotons want them to learn sounds like a story that could have a decent political message behind it but it just plods along and sometimes just comes to a complete standstill.

In fact, the plot would have probably been great had it been for another Doctor/Companion team. I actually think this was a rejected story from The First Doctor era when he was traveling with Vikki and Steven and they would have fitted in it perfectly. The Hartnell Doctor would have suited this adventure a whole lot better than Troughton's. Instead, this story comes across a bit like a seven week historical featuring Tom Baker or Peter Davison. It doesn't work.

And, I don't say this very often with Doctor Who but the acting leaves a lot to be desired. Why oh why did they cast James Copeland in a bigger role like Selris? Copeland who is naturally Scottish tries to speak with a posh English accent but his lines come across almost unintelligible. I must also say his bad acting is just confined to this one show, he is bad in everything he is in. But Copeland isn't the only bad actor in this. Everyone except for the main actors, Patrick Troughton, Frazer Hines and Wendy Padbury, are completely unremarkable. Even Phillip Madoc somehow fails to light up every scene he is in. I'm so glad he stepped up when he played the sinister War Lord in The War Games, the next story to feature him.

Ultimately, the only reason one should watch The Kroton's is because it is Doctor Who. Not only is it Doctor Who but it is one of the few surviving stories from the sixties period which was almost wiped extinct by the BBC.
While I may have slagged them off earlier, the Krotons are pretty impressive in those close ups and they are perhaps, in a weird way, the saving grace of this story even if people blame them for the story being as bad as it is...