Doctor Who: And You Will Obey Me... Review 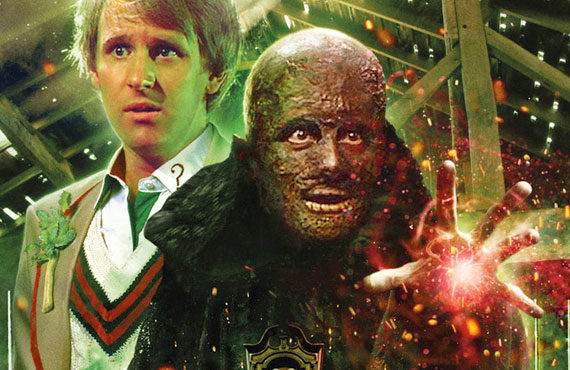 It is hard to focus on how difficult it must be to actually write an audio play of this calibre when we are so focused on the excellent storytelling. Every thing about And You Will Obey Me reeks of excellent storytelling and you are so swept up in the adventure that everything else around you becomes so distant. It is almost as if the audio is the Master, hypnotising you in obeying him...

The Doctor discovers that the Master's TARDIS, disquised as a grandfather clock, is up for auction in the sleepy village of Hexford. He needs to find out where this decaying form of his nemesis is hiding but is caught up in the plight of a group of youngster who haven't aged since 1984. All the actors who play the youngsters actually sound like director, Jamie Anderson went back in time to get them, so that really helps the audience get into the right mindset.

It is also startling how vivid the images in the listener's mind's eye is when experiencing this story. We can clearly see the barn that the Master's TARDIS crashes into and the auction house. We can picture the dragonfly assassins and their fluttering wings as clearly as if were in front of us right now. Also the use of Peter Davison's Doctor is perfect as he was a Doctor from the eighties so it makes more sense than having Tom Baker coming face to face with his decaying incarnation of the Master.

As the play neared the end I did wonder how everything was going to be tied up. Somethings I felt could have been resolved a little better but the climax is everything we could want from a Doctor Who story that promises to be the beginning to a great trilogy of adventures.

Based on this story, I am thoroughly looking forward to the next two adventures but the question is, will this one be too much of a tough act to follow?

AND YOU WILL OBEY ME, WRITTEN BY ALAN BARNES AND STARRING PETER DAVISON AND GEOFFREY BEEVERS WAS RELEASED FROM BIG FINISH PRODUCTIONS IN APRIL 2016.