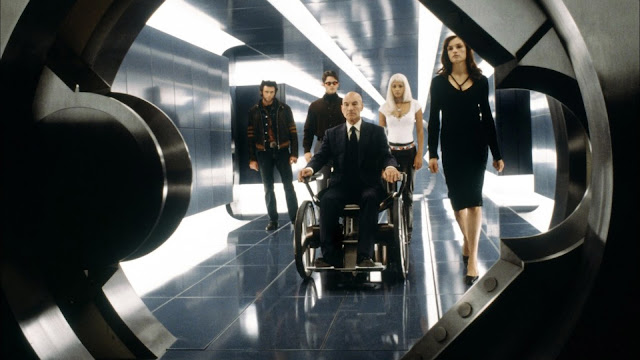 I have always had a soft spot for the X-Men franchise. Not only the movies but I adore the various comic book series. I think what attracts people to them is that we already know characters like Superman and Batman but the X-Men redefine our perception of what superheroes can do.

Now, with X-men: Apocalypse on the horizon, it is a true testament to this first film that the films are still going on. Here are our favourite mutants making the way for a truly geekier tomorrow, even if they aren't 100% sure how they are doing it.

What instantly stands out about X-Men is that director Brian Singer and screenwriter David Hayter take their time when introducing the characters. In fact, the films opens giving us the origins of the villain Magneto going back to the time he was taken to a concentration camp by the Nazis. It is here he discovers his powers. Instantly, this makes the film more real and helps us to understand how Magneto works. He is trying to do good by making people except mutants in his own way but he is going about the wrong way and therefore becoming no better than those Nazis who took him away. Then the film moves on to introduce us to a girl who kisses her boyfriend before her powers of absorption put him a coma for three days. Then there is Senator Kelly, a man who wants every single mutant to give away their names. It is only then we begin to see our heroes but only Jean Grey and the wheelchair bound Professor Charles Xavier. With the film then moving to Rogue being introduced to Wolverine, it is a full 15-20 minutes before we get to see any superhero action.

The superhero film genre had fallen thanks to the flop that was Batman and Robin, but with films like Spawn and Blade working hard to keep the genre alive, it wasn't what it had been and gradually, they petered out. X-Men was the first film to really go for the box office but it was on shaky ground. Director Singer knew he couldn't make the film too campy. It had to be realistic but exactly how far could they go without making the film a total bummer? Singer walked an unsteady path but it is thanks to his troubles that X-Men really kicked off the superhero franchise again and tried to get mainstream audiences to accept things that comic book fans just took for granted.

But it was the collapse of the superhero franchise that gave Singer the ability to almost do whatever the hell he wanted. Therefore, it made perfect sense to start the movie in a Nazi concentration camp, he just had to figure out to get names like Magneto, Storm and Wolverine in their without it sounding strange to non comic book fans. He knew he would be able to get away with Rogue being a teenager, not the adult she is the comics even if she didn't have her signature white strands of hair, much to ire of hundreds of her fans online. He knew he could get away with making Storm younger than her older and wiser comic book counterpart. And he knew he could get away with making Sabretooth a brute rather than Wolverine's arch nemesis. He knew what he had to keep and what to discard to make the film more accessible to the viewing audience.

Of course though, there are always the more trickier comic book aspects to deal with. Things like the costumes. When the X-men were at their height of popularity, the late eighties, the nineties and early 2000's, their costumes were so extravagant that to a cinema audience they would have been comical. In fact, they could be forgiven thinking they were watching some sort of comedy. In the end the costumes worked beautifully, the special effects were exactly what they needed to be for Mystiques shapeshifting abilities, Cyclops optic blasts and Wolverine's claws. But just imagine for one sickening moment if the 'Snikt' noise had been off, Wolverine's hair had been completely and utterly wrong or even if they had cast the wrong actor to play him.

Of course, this didn't happen. Hugh Jackman was perfect as Wolverine. But he wasn't their first choice. Initially, Dougray Scott had the role but he had to give it away to star in the second film of the Mission Impossible series. So, their decided to take an unknown Austrialian actor and give him a role that would ultimately make his career. Look at Hugh Jackman now, everyone has heard of him. But who really talks about Dougray Scott nowadays? Jackman is instantly likable in the role, he gets the mood of the character, he gets the comedy just right and say's 'Bub' in just the right way. He was perfect casting even he wasn't the producers first choice.

The rest of the casting ranges from perfect to slightly off, with Patrick Stewart being nothing more than fan casting but eventually becoming the perfect choice to play Professor X. Ian McKellen likewise, is a great choice and really brings Magneto to life. The rest of the cast fit the bill well too with no one miscast based on the definition of their roles. You can get someone like Tyler Mane to play Sabretooth and only someone like James Marsdon could play someone as sexy as Cyclops. Anna Paquin also shines as Rogue who fulfils the role of bringing in the teens well. The only other choice for this role would have been Kitty Pryde/Shadowcat but Rogue suits the, slightly silly, plot better. Halle Berry is also good as Storm, the only misstep here is that she keeps going from American to Storm's native South African accent, sometimes flitting between the two in the same scene. But it didn't bother me as I found Berry's portrayal of Storm won me over very quickly.

But it is were the film tries to stay faithful to the comic book material and what mainstream audiences want to see is where the film both succeeds and fails. It certainly has the courage to embrace the civil rights underlying plot running through the comics while updating the racial tension of those early issues to todays persecution of homosexuals. It is a movie that is willing to go from darker beginnings to seeing Wolverine kicking serious ass and cracking jokes.

Where it falters slightly is where it becomes too cautious and self conscious. It is hard not to cringe when we hear Professor X introducing Cyclops and Storm and the scenes were Wolverine is going around thinking 'it's so stupid.' There are also some bad superhero trash talk which is cringe worthy to the ultimate degree. Make no mistake, I liked Singer's willingness to embrace the comic book material but there are times when the film strays into the campy territory it tries so hard to avoid.

Then there is Magneto's plans that aren't a high point of the film. He wants to turn people into mutants. No doubt, had the budget been for this movie what The Avengers had, it would have been so much bigger with the entire world at stake but here, it is just Liberty Island. Even if Magneto had succeeded in his plans and made everyone a mutant, only New York would have been affected. Alright, that's millions of people but its not as if he would have control of the entire world.

But that is what makes X-Men so great. It is brave enough to travel from concentration camps to New York where everyone is at risk of a giant jelly floating through the sky. But despite those polar opposites that bookend the film, somewhere in-between it manages to find some middle ground even if it isn't always sure-footed. But most importantly, never does it sell out the material it has come from. Alright the movie focuses more on Wolverine than any of the other characters and makes it less of an ensemble piece there is a larger story at work. It always keeps an eye on the problems facing the species rather than the general threat. It begins with Magneto because they want us to see how he perceives the world but ends with him having put the world on another knife edge, with war teetering precariously on the tip.

It was a film that has spawned many sequels. And they weren't just a hell of a lot of fun, they mutated into something wonderful...