Doctor Who: Enemy of the Daleks Review 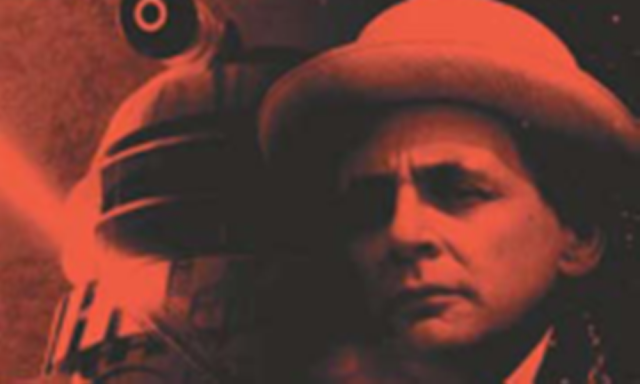 The Daleks are sweeping across space and in this particular sector are in pursuit of a Valkyrie ship full of female fighters as they limp to the nearest human outpost. What they don't know though is that the Daleks are in pursuit. However, the outpost is plagued with disease, or a weapon or both.
Meanwhile the Doctor is trying to persuade Ace and Hex to stay behind in the TARDIS but Hex wants to help the people in the outpost while Ace wants to fight the Daleks while the Doctor is deep in what will become one of the biggest atrocities of the entire Dalek war...

Enemy of the Daleks is dark, gritty and claustrophobic and is everything one would want from a meeting between the Seventh Doctor and the villainous pepperpots. If you are looking for a laugh or light entertainment then look somewhere else because there is little time for humour in this tale which explores the moral choices that are made during war and the effect war can have on an individual's psyche.

Author David Bishop crafts a dark world of labour camps and a galactic world clinging on with nothing more than its fingernails and while the plot is pretty straightforward it is affecting and doesn't flinch at tackling big, scary concepts and refuses to let our heroes get away with a single cleverly placed plot piece which other stories have been guilty of.

Throughout the entire story there is more than a hint that this is the Doctor and Ace from the New Adventures book range which took the characters to some dark places and Hex is the gentle soul who begins to think about his place on the TARDIS and whether or not he is right for it. While throughout the story Ace acts with the sort of courage very few of us could have and the Doctor remains the Doctor, it is Hex who helps the audience relate to the story. Hex is Everyman, he is you, or your co-worker and the bloke down the street who reacts to the scenes of horror in this story as everyone in the real world would. Yes he has his heroic moments but by no means is he a hero and his presence adds a sense of realism to the entire story and helps to ground it.

As usual the permant actors, McCoy, Aldred and Olivier give the meaty material their all and attack it with the gusto we have come to expect from this team. The supporting cast also work well, in particular, Kate Ashfield who plays the cowardly Lieutenant Beth Stokes so well that we really feel her pain when she speaks about her time in a Dalek camp. Bindya Solanki is good as Tahira Khan and in her scenes with Stokes, we really get the sense that there is no love lost between them both and Jez Fielder gets to make a great use of his vocal range playing a number of different roles throughout the story.
It is only Eiji Kusuhara who lets the side down slightly with his performance coming across pretty wooden and ends up more about the accent than the actual character.
And of course Nicholas Briggs as the Daleks is as menacing as ever!

The sound design by Steve Foxon works well with this story with the music being unobtrusive to the story and helping to really drive the horror of the story home.

Enemy of the Daleks is a must for Dalek buffs and gives every indication of an important piece of character development from Hex. Will he stay with the TARDIS crew or will he leave them, only time will tell...