Doctor Who: The Darkness of Glass Review 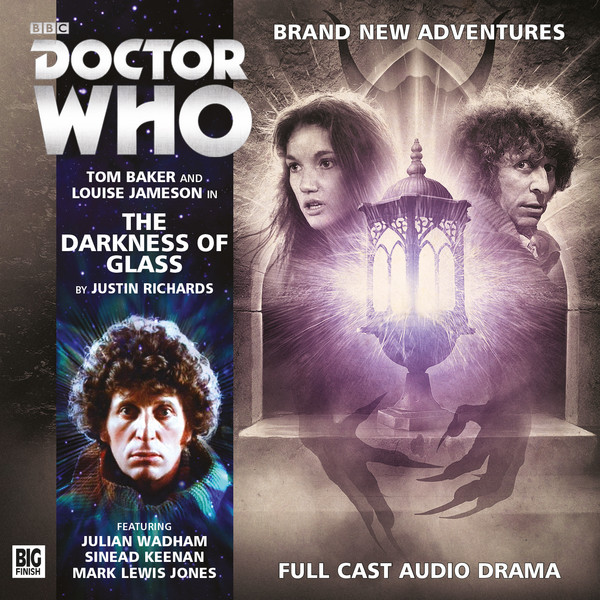 The TARDIS lands on the windswept, misty island of ST. Michaels just in time for gathering of an appreciation society for a famed century old lanternist. But there is more to the man's legend than just his skills with photography or mere charlatanism, a darker, more spiritual edge.
What is the secret of the screaming glass? And why are the members of the society turning up dead?

Returning to the strong current of humour and faux-pas inherent to the Leela character, particularly when placed in the Victorian era with Edwardian manners, author, Justin Richards draws strongly on the horror nature that made the Hinchcliffe era of the show one of it's popular times and delivers a very strong story.

Tom Baker is on top form gleefully producing his dialogue and Louise Jameson once again throws herself into the role of Leela and the guest stars are good enough to make the audience really invest in the characters, that often in these Fourth Doctor adventures are let down by the short running time.

The Darkness of Glass marks a return to form for the Fourth Doctor range, working to Baker and Jameson's strengths and drawing on the gothic horror elements that made Tom Baker's Doctor popular in the first place, this is an excellent addition to the range and ideal to be listened to as the nights begin to draw in...