Doctor Who: Requiem for the Rocket Men Review 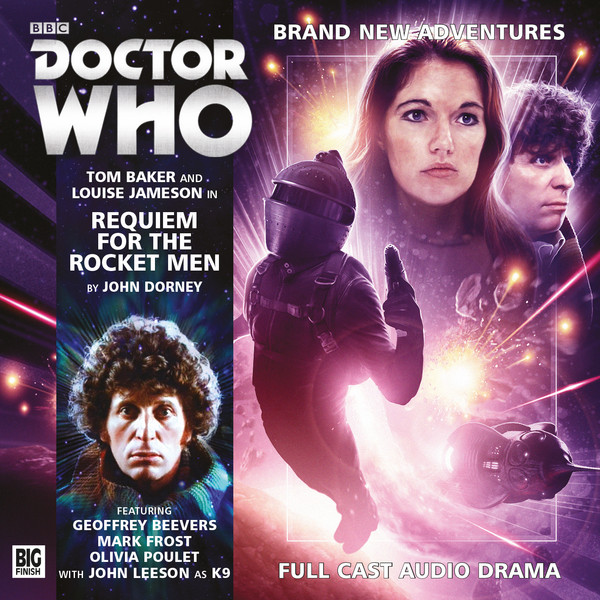 This story features the return of the Rocket Men, one of the most interesting villains created for the Big Finish range and having already evoked Saturday morning picture serial sensibilities in the Companion Chronicle range, this, their third outing, expands even more on their world. We are introduced to 'The Asteroid', a seemingly impregnable base of operations for the Rocket Men run by their leader Shandar who is trying to impress their latest business associate, The Master.

The script by John Dorney takes obvious delight in a complete reversal of the traditional way of story telling with the Master arriving when the Doctor already has a plan and is working on the inside as a prisoner. It is an interesting gear shift and Tom Baker obviously relishes the action of the story with the plot culminating in an epic space battle with the Doctor running around the asteroid in a jet pack.

The story has plenty for both the companions to do. Louise Jameson as Leela and John Leeson as K-9 are, as always, a delight to listen too and are placed cleverly in the action. Leela is at the centre of the story as she begins to engage in a battle of warrior wits with a character called Marshall and has a personal revelation.

And, as always, Geoffrey Beavers as the Master is wonderful, his creepy, silky voice makes the Master even more threatening and scary somehow and he is well matched with the rough, east end gangster charms of the leader Shandar.

However, one does feel that the Rocket Men aren't used very well in this tale and come out of the whole thing with egg on their faces. Perhaps its time to put them away in the Doctor Who toy box for a while and return to them later for a renaissance of sorts.