Doctor Who: The King Of Sontar Review 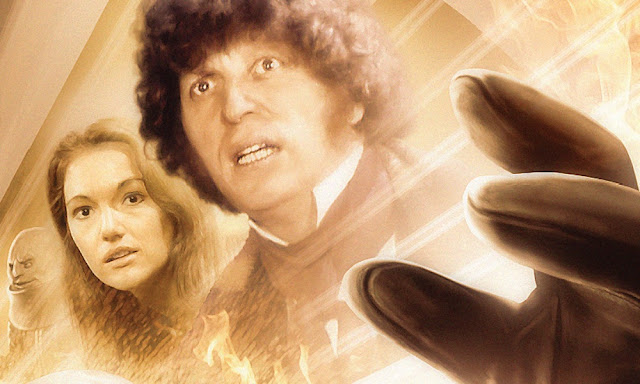 Big Finish know how to get you to buy their products! Starting off a new series of Fourth Doctor adventures with a recurring villain is a great hook to grab people with and drag them in!
In this case, the villain's are the Sontarans. The King of Sontar is a creature named Strang who is a clone that has gone badly wrong, he wants to take over the universe, don't they all, and it's up to the Doctor and Leela to stop him.


Its a shame that it is ultimately a bit of a let down.
While John Dorney's script is a lot better than it would have been in other writer's hands, it is still such an 'obvious' story. There is nothing here that makes you stop and think and except for the final scenes, it is a of a slow story. The whole thing feels a bit like its building up to something that doesn't deliver.
A scene that comes to mind that proves that story is a bit obvious is when Strang takes out an entire squad of Sontarans and your then supposed to be surprised when the Doctor can't knock him out by hitting him in the probic vent. And, a huge surprise happens when the scientist helping Strang realises that he is wrong in what he is doing, shocking! It is all a bit of one big let down really.

That's not to say that the whole thing is bad though. What this story is, is comfortable and competent. Sure, you'll find nothing here that is anything new and shocking and there is nothing to get excited about. It is a shame that this story really does have great amount of potential to tell us something new about the Sontarans, to remind us of why they are so shocking in The Sontaran Experiment, but it doesn't. All it tells us is that when you become the king of Sontar, it turns you into another ranting villain, that doesn't do much. Something else that should have been a delight in this story are the scenes where Leela is paired with another Sontaran and they should be wonderful scenes, but they aren't.
One possible reason that this story doesn't quite work is the running time, it all feels to rushed in the 60 minute format of this range but it wouldn't have stretched enough to sit comfortably in the 90 minute format. Maybe this is a case of being stuck between the devil and the deep blue sea.

There are some nice touches here though, like the Doctor betraying himself and Dan Starkey and John Banks continue to be the best Sontaran voices since that wonderful voice created by Kevin Lindsey and Jamie Robertson's Sontaran theme is always a delight to listen to.
There is also some great potential in the ending here. It gives the Fourth Doctor and Leela dynamic something new to deal with and I look forward to hearing how it pans out other the rest of the series, it is just a shame that it comes so late in the story that it just doesn't heighten this release.