Doctor Who: The Aztecs Review 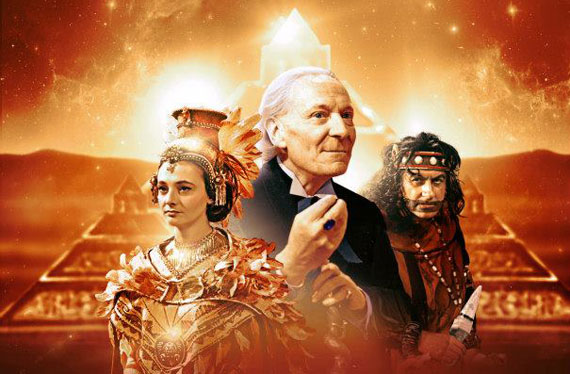 "You can't rewrite history! Not one line!" - The Doctor

The Aztecs finds the Doctor, Ian, Barbara and Susan trapped in ancient Mexico trying to survive in a culture whose religion is based on human sacrifice while trying to find the TARDIS and escape. But what is different about this story is that the Doctor isn't necessarily the hero because all he is interested in doing is finding a way of opening a one way door to the temple of the recently deceased high priest Yetaxa atop the city's main temple where the TARDIS had the misfortune to land.

This story is really about the character of Barbara and is possibly the best story for her character during her stay in the show. Mistaken for a reincarnation of Yetaxa, she decides to use her new found power not only to save herself and her friends but to try and put a stop to the human sacrifices. While ignoring the Doctor's advice she decides to take history by the horns and steer it down a different path, she fails and her failure has a Shakespearean flavour to it with the moral of the story being that no single person, even one mistaken for a demigod, stands as much chance of changing history as Lear does asserting his royal power in the face of a raging thunderstorm. 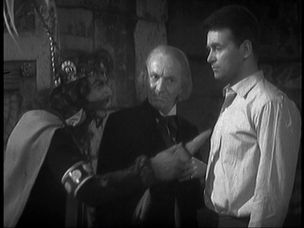 Adding to the Shakespearean air in this story are the two priests. One of whom is good and becomes an ally to Barbara and the Doctor while the other is evil.
The nice priest, Autloc takes the message Barbara is trying to send out to heart but she ends up destroying his career and he resorts to wandering off into the jungle alone to escape his shame. While the scheming Tlotoxl, played wonderfully by John Ringham, conspires against Barbara with a Richard 111-like zeal and even has the unnerving habit of shaking his knife that he uses to cut out people's hearts when he's simply talking to people.

The whole story is infused with just enough hope so that things don't seem bleak at the end but it is not the type of story that could be done in this day and age.
In its mood, its message and very genre its the one William Hartnell story that couldn't be remade today without some significant changes being made. This of course stems from the kind of serial it is, an historical. This was because when the show was conceived it was supposed to teach the audience about history but, pretty quickly it turned into a science fiction adventure with the historical adventures eventually being dropped altogether. The TARDIS crew would land in the middle of a time, event or place in history and caught up in the events and while these were good stories, for the viewing audiences today, a costume drama on at teatime would be too boring to watch. 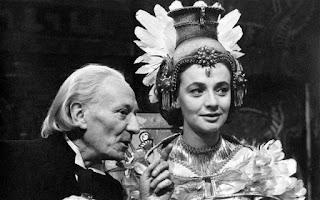 In fact I think that The Aztecs would not be a popular episode today because it can't be science fictionalized. It wouldn't work if there were alien invaders or monsters or timey wimey stuff going on and even the TARDIS is locked away throughout the entire adventure. If the Doctor at this time had a sonic screwdriver that too would have to be gotten rid of as there could be no magic wands or magicians or their apprentices.
Even though the story focuses around Barbara trying to change the course of history, The Aztecs is grounded in simple realism which is something to nowadays Doctor Who wouldn't even bother contemplating.
I'm not sure how I feel about the lack of historical adventures. On the one hand I would like to see one or two stories fully grounded in an historical event with no aliens and I feel with the direction the show is currently taking that this could be something that could happen. But, I do understand how some people would find these sorts of stories boring because we have become so used to the big science fiction stories of the new series and as much as we may like The Aztecs and many of the other historical stories, people would rather see a proper Sontaran/Rutan war than a return to historical realism.

The other major downer on the historical adventures is that, as the Doctor tells Barbara, you can't change history. To use an example in our world, if you were to travel back in time and kill Hitler, what's to say that something more evil wouldn't take its place? You can stop a Dalek invasion but Nero will still burn down Rome no matter what you do.

However with the nowadays stories saying that time can be rewritten and the Doctor doing just that on a regular basis the question of changing history becomes, can history never really be changed or is it just because the writers say it can't? 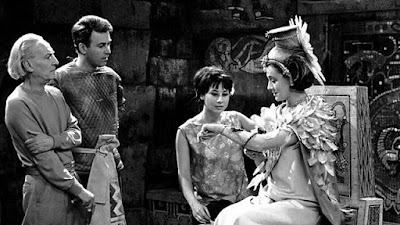 But this was a problem that was kept off the table during the Hartnell era as the Doctor wasn't the superhero that he is today. He couldn't tow a planet behind his ship or reboot the universe using a wedding day wish back then. Instead he was a arrogant old man whose only interest was in trying to save his neck rather than anyone else's and his companions where just as helpless which is why I feel the classic companions were more realistic than the modern ones who seem to be able to do anything.
Barbara's scheme dooms Susan to horrific torture that they were only able to save her from by fleeing.

There is another reason that The Aztecs is famous today, the Doctor's accidental engagement. Romance was something that was never tackled in the classic series and there wasn't the sort of hanky panky that goes on board the TARDIS nowadays back then. In fact, the whole scene is extremely funny and wonderfully played by Hartnell and Margot van der Burgh with each character completely oblivious to each other's real intentions. It is obvious that the Doctor clearly likes her but the friendship sprung up from completely selfish reasons with the Doctor's only intention being to return to the TARDIS and its blatantly obvious before the final episode that he has every intention of leaving his fiancé behind in Mexico rather than taking her with him.

But maybe she gets off easily as she is the first person he coldly abandons but by no means is she the last...
Barbara Wright Carole Ann Ford Doctor Who Historical History Ian Chesterton Jacqueline Hill Review Susan Television The First Doctor William Hartnell William Russell