Next month from Big Finish - Doctor Who November Releases 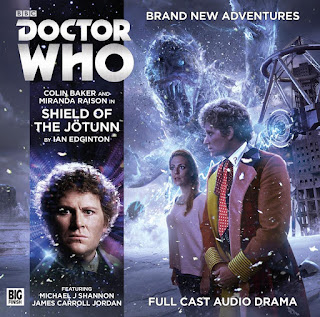 Shield of Jotunn by Ian Edginton

2029 AD. In the desert of Arizona, billionaire philanthropist Dr Hugo Macht is trying to save the world from climate change. But his great project to "scrub the sky clean" with nanoatomic machines grinds to an unexpected hault when his diggers break into something unexpected: a Viking burial Barrow containing eight corpses, a mysterious shield, an even more mysterious inscription... and a yet more mysterious traveller in time and space, known only as the Doctor.

And that's not even the strangest part of Dr Macht's day. Soon, it'll begin to snow. Soon the Doctor and his girl Friday, Mrs Constance Clarke, will come face-to-face with an ancient horror in the blizzard. A Frost Giant, in need of a new body. In need of flesh... 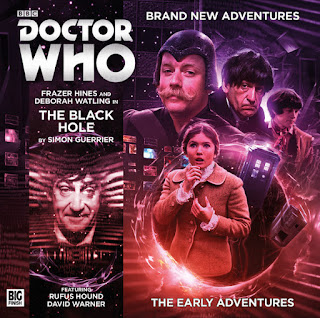 Doctor Who - The Early Adventures
The Black Hole by Simon Guerrier

On a research station near a black hole, time keeps standing still. Investigating the phenomenon, the Doctor, Jamie and Victoria discover a power greater than any of the monsters that have challenged them on their travels...The Doctor's own people.

With the safety of thousands balancing out the need to flee, and a policeman from his home planet working at his side, the Doctor reluctantly finds himself involved in a race against time.
But nothing is ever as simple as it appears.

And if you can use the Doctor's compassion against him, you have the makings of a perfect trap… 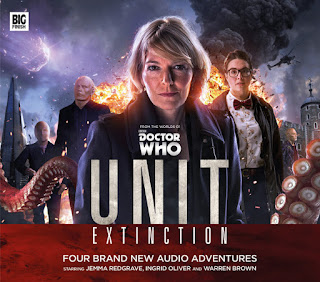 Doctor Who - Short Trips
The Other Woman

In this four-story box set, Kate Stewart, Osgood and the UNIT team confront an alien invasion by the Nestene Consciousness and its army of plastic Autons... 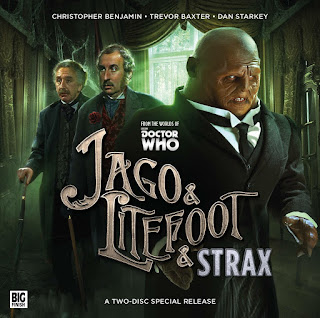 Jago and Litefoot and Strax
The Haunting by Justin Richards 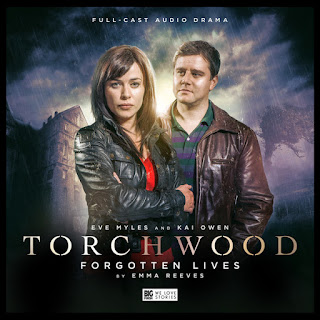 It has been four years since the Miracle, and Gwen and Rhys's lives have gone back to normal, very normal. They're raising their daughter (they've got pictures they'd be only too happy to show you), they're living in a nice house, and they're almost on top of the laundry.

Captain Jack Harkness has been missing from the world and their lives for a long time. But late one night the phone rings, and they're summoned to an isolated part of North Wales. The Bryn Offa Nursing Home contains a dark secret, an alien threat, and someone who really shouldn't be there.

Gwen and Rhys are about to discover that Torchwood stays with you for the rest of your life.
Audio Big Finish Doctor Who Miscellaneous News