Doctor Who: The Bounty of Ceres Review 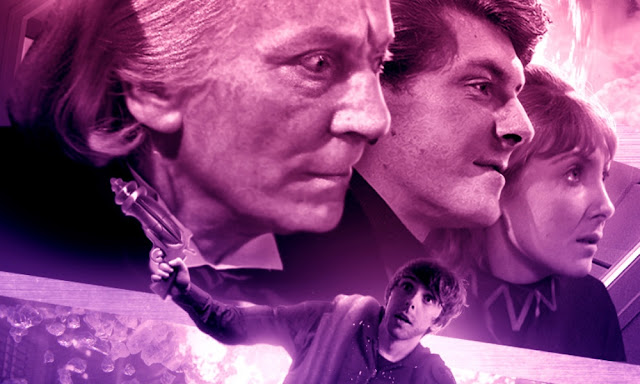 "I made some interesting discoveries while in stasis, it tried to invade my mind..." The Doctor

Writer Ian Potter provides us with the third instalment of The Early Adventures range with this story, The Bounty of Ceres featuring The First Doctor and his companions Steven and Vikki in this adventure. Peter Purves recreates his role of Steven with Maureen O'Brien playing her character of Vikki with Purves doubling as Hartnell's Doctor.

In some ways, Bounty is an archetypal Who story from a later era with the TARDIS landing in an isolated space station which is under attack from an unknown exterior force. Despite the fact that these are well worn Doctor Who cliches, Potter does a good job of keeping them fresh. It is clear that a lot of work has gone into the writting and overall production and the space station is particularly detailed feeling like a real, functioning place and not just another generic setting.
The people that populate the station feel like real characters, avoiding the failing of previous Early Adventure releases. Actors, Richard Hope, Julia Hills and Peter Forbes do a great job at creating 'real' people who are just doing their jobs and not just your standard space crew that featured in most Troughton era tales. If the producers at the time had created a base under siege tale in 1965 I have no doubt this story is how they would have gone about doing it.

For a change, the regulars come out of this rather well, with the characters being given plenty to do. Peter Purves as Steven is given a big role in this tale and although Vikki doesn't get a lot to do she does enough to help progress the story. Like the previous releases, the Doctor is written out through part two to get around the fact that actor, William Hartnell is no longer with us but when The Doctor does come back, he is given a great deal more to do than he has done in previous releases.
Writer, Ian Potter utilises the narration elements of this story better than other authors and I didn't feel as thrown out of the action as I have done in the previous tales but I still find myself yearning for the deep character insights we got from the one person narration format from The Companion Chronicles.

Potter puts some good twists on the old base under siege storyline and makes good use of the fact that Steven and Vikki come from after the time period that this story is set in. Vikki and Steven get plenty to do as does the Doctor. The reveal as to what is responsible for the happenings on the Ceres base is well realised.
After a particularly rocky start to the new range, The Bounty of Ceres is finally a step in the right direction.