Next Month from Big Finish - Doctor Who October 2015 Releases

September 30, 2015
Doctor Who Main Range
Planet of the Rani by Marc Platt 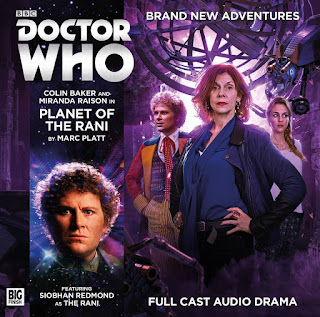 Miasimia Goria was a quiet planet, an ancient world of bucolic tranquillity...until the Rani arrived with ideas of her own. She planet to create a race of new gods...gods that she could keep on her leash, but those plans went horribly wrong.

Now, she languishes in the high security of Teccaurora Penitentiary, consigned there by her arch enemy and old student colleague, the Doctor. But the Rani, always resourceful, ever calculating, knows things about the Doctor's past that he would rather forget. She wants revenge, even if it takes a hundred years...and then she has other unfinished business.

The ruins of Miasimia Goria await... 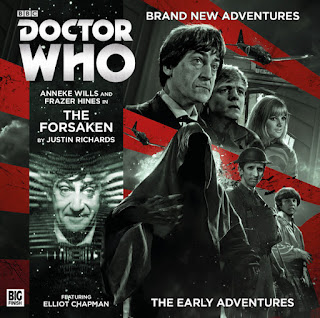 The TARDIS lands on an island off Singapore during the Japanese invasion of 1942. The travellers are found by some British soldiers - among them a certain Private James Jackson, who just happens to be Ben’s father. But they're not the only visitors to the island...

Doctor Who - Short Trips
The Way of the Empty Hand by Julian Richards
Download - £2.99

Features the Second Doctor and his companions, Jamie and Zoe. 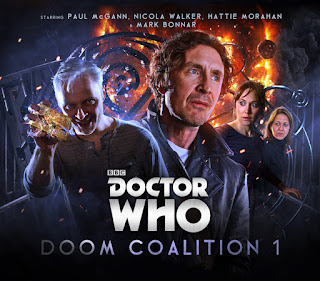 EPISODE 1: THE ELEVEN written by Matt Fitton
When one of Gallifrey's most notorious criminals attempts to escape from prison, Cardinal Padrac turns for help to the Time Lord who put him there in the first place.

EPISODE 2: THE RED LADY written by John Dorney
A London Museum holds the key to many secrets from the past. But some secrets are so deadly they should remain locked away. Forever.

EPISODE 3: THE GALILEO TRAP written by Marc Platt
With a mysterious plague sweeping through Florence, a rampaging alien behemoth comes between the Doctor and the answers he seeks.

EPISODE 4: THE SATANIC MILL written by Edward Collier
Long buried animosities come boiling to the surface on an ancient and powerful satellite, in a final confrontation that could have unimaginable consequences. 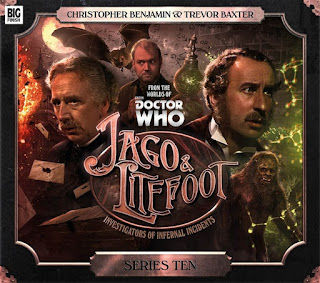 1: The Case of the Missing Gasogene By Simon Barnard & Paul Morris
Investigating the death of Sir Hartley Harecourt’s manservant, Jago and Litefoot are caught up in an intriguing locked-room mystery. It’s a mystery that involves strange experiments, mysterious scientific formulae, our heroes’ greatest admirer, and a missing soda siphon…

2: The Year of the Bat By Jonathan Morris
When a strange package is delivered to Professor Litefoot, he has no idea of the far-reaching implications. Soon Litefoot and Jago find themselves enmeshed in a series of events that began thirty years ago – events their younger selves have already been caught up in…

3: The Mourning After By James Goss
Litefoot is surprised to meet an old friend. But celebrations are rather muted as he and Ellie have just been to the funeral of Henry Gordon Jago. But is Jago really dead? Or has he somehow been transported into a nightmarish future? The truth is both elusive and deeply worrying…

4: The Museum of Curiosities By Justin Richards
At last Carruthers Summerton – the greatest admirer of Jago and Litefoot and their would-be biographer – gets to accompany his heroes on an investigation. But amongst the bizarre murders and strange clues lies a much deeper and far more dangerous mystery. Unsure who they can trust, Jago
and Litefoot will find out the truth at the Museum of Curiosities… 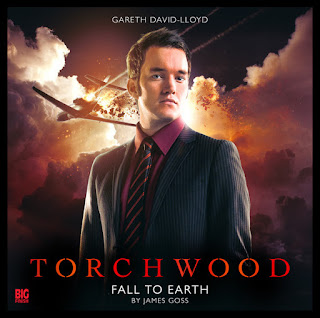 The SkyPuncher is the first private spaceflight. But Ephraim Salt's visionary project has gone horribly wrong - the ship is falling out of the sky and there seems no way to stop it.

Lanto Jones thoughtthe flight would be sabotaged. The only problem is...he's on board.