Doctor Who: An Unearthly Child Review 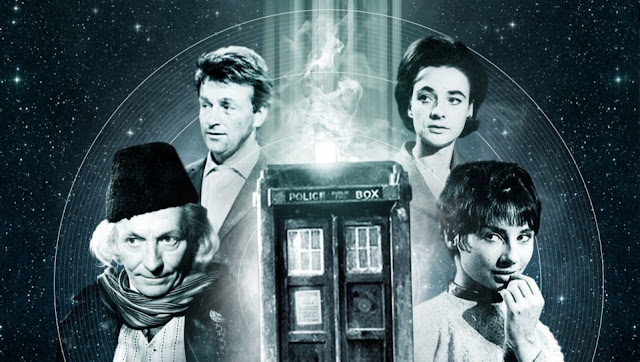 "Have you ever wondered what its like to be wanderers in the fourth dimension? Have you? To be exiles..." - The Doctor

The first ever Doctor Who story was a four part serial entitled 'An Unearthly Child' featured introduced the world to The Doctor, (William Hartnell), Susan, the Doctor's granddaughter, (Carole Ann Ford) and her two teachers Ian, (William Russell) and Barbara (Jacqueline Hill). The plot revolved around her two teachers being whisked away in a battered old police box and arriving in 10,000BC.

For the first story of a science fiction programme it does seem a little strange that the first place the TARDIS takes them is into Earth's history rather than an alien planet when the ship can travel anywhere in Time and Space. However, the story is by no means dull with the Doctor being kidnapped and forced to make fire for a tribe of cavemen. His companions are also kidnapped and the story becomes about exploring human nature and the psyche of primitive man. It also sets up the formula that many Doctor Who stories would then follow with the Doctor and his companions arriving somewhere and unwittingly walking into trouble.

An Unearthly Child focuses on and establishes the characters that we will be watching for the next few years and how they react in different situations. The most notable thing about this story is that the Doctor isn't very likable and has never seemed so alien. With the companions on the verge of insanity and the Doctor desperate to leave no matter what the cost or who gets left behind, this is a fine opening episode and perhaps Doctor Who at its best.
Hartnell's Doctor did thaw over his time in the show but he seems very alien through this story and its wonderful. Hartnell makes the role of the Doctor uniquely his in this story. He is the Doctor.

Susan's character seems more like the Doctors from recent series. She is highly intelligent and has a wealth of knowledge. The only annoying thing about her is that she has a habit of descending into screaming hysterics but this is probably understandable coming face to face with cavemen.

Every work of science fiction is a product of its time and this has always been particularly evident in Doctor Who. Writer Anthony Coburn includes elements of the fears in the sixties particularly with the Doctor checking the radiation levels before he leaves the ship and this reflects the fear of nuclear warfare that was rampant during the sixties.

Overall An Unearthly Child is an engrossing and involving watch and the cliffhangers on each episode creates curiosity and a want to find out what happens next. There is a creepiness and a sense of unpredictability throughout and while the choice to travel back in time is an odd one for a science fiction series but it lays a firm foundation for what is to come.
Barbara Wright Doctor Who Historical History Ian Chesterton Jacqueline Hill Review Susan The First Doctor William Hartnell William Russell