Doctor Who: An Ordinary Life Review 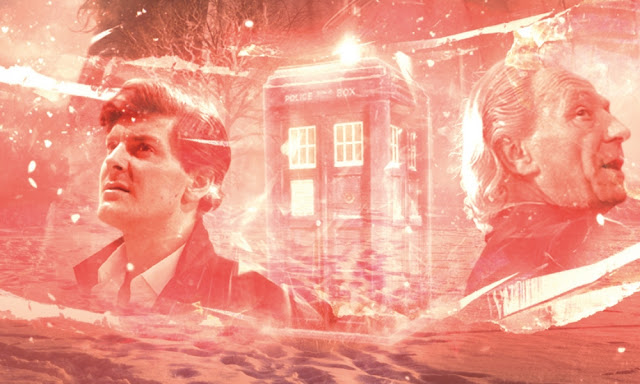 "Oh no, your letting the cabbage boil over!" Steven

The first series of The Early Adventures draws to a close with An Ordinary Life featuring the TARDIS team made up of the First Doctor, Steven and Sara. These two companions are not served well in the televised stories mainly because most of Steven's stories are missing and Sara's only story is mostly incomplete but they have been well served by Big Finish and have become some of the most popular companions in the range.

Most of the story focuses around Steven and Sara having to make new lives for themselves in 1950s London, living upstairs from a family of Jamaican immigrants. This is the emotional core of the story, seeing them having to deal with the racism in a place they don't fully understand and a place that doesn't fully understand them. Once again, Steven and Sara prove that they are some of the best companions as they tackle discrimination, getting jobs and cooking. The idea of putting two of the show's most 'space age ' characters in a historical setting works particularly well and Peter Purves and Jean Marsh have some great scenes together. The story really deals with the Doctor being mainly absent and shows us how two very driven, very moral characters tick.
The scene where Sara is left to take care of a baby while saving the world is a particular highlight!

There has been some rather thin overall characterisation in the Early Adventures range but that is not true in this story. Ram John Holder's Joseph and Sara Powell's Audrey really come to life. There is some great performances here and the writing is top notch. That is not to say that this story isn't without its problems. I feel the whole story drags a little through parts 2 and 3 before picking up for the final episode but overall this is a highly enjoyable story. There are some characters with real hopes and fears, goals, dreams and aspirations and while this will probably be the last we hear from these characters I hope it won't be the last we hear from these actors.

I have been a bit sceptical about these Early Adventure releases and after a rocky start the range has finally begun to find its feet. This story has guaranteed that I will be back for series 2, I really look forward to hearing the opening story for the next series, The Yes Men.