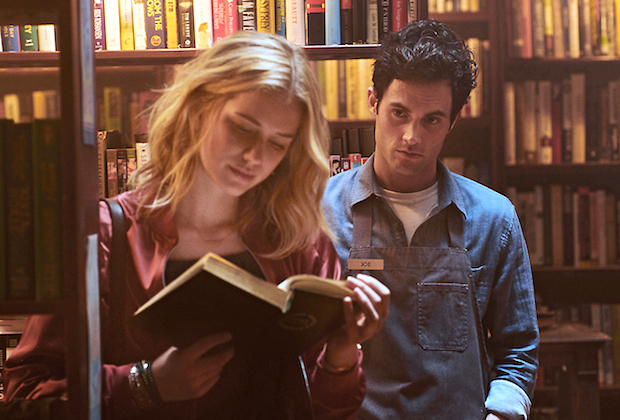 Originally broadcast on Lifetime and then streamed to Netflix, You has become a huge show on the streaming service. But here's the thing, You will be divisive and that's great because its designed that way. Based on a 2014 book from Caroline Kepnes, You delves into the story of an obsessive 'nice-guy' who will stop at nothing to keep the object of his affection in his life and that is something that might rub people the wrong way. You'll probably feel the urge to scream, yell and shout at the characters as they move from one mistake to another. But it actually shines a light on the idea that as a society we put uncomfortable expectations on things like love and romance and you have to make people feel uncomfortable in order for them to listen. In that regard, You does a tremendous job as well as being a riveting piece of drama.

You is a horrifying love-letter of a drama to the ideals and aspects of romance that have become deep rooted in today's society. Not just for men but also for women. Over the course of eight-episodes we see this series play with different extremes and turns-on-its-head the way we look at relationships in a modern day society. Joe Goldberg, played by Penn Badgley is our 'Mr. Nice Guy', though he has some serious issues and this series doesn't shy away from telling us that they are rooted in the idea of masculinity, the idea that men have to be men, even though Joe is actually quite squeamish when it comes to certain events that unfold over the course of the episodes. Joe was raised in an area where people were expected to be a certain way and anything other than that isn't necessarily right, though we later learn that the father-figure who raised him was incredibly manipulative. Joe really sees himself as a good person, someone who is trying to get over being dumped by his last girlfriend, Candace.

But it doesn't take long before a new girl comes on the scene, Guinevere Beck and the pair quickly fall for each other and the show rightly shows us that Beck is the stereotype for how people think women should be. She's nice, a yoga-teacher and aspiring author, whose friends are rich and she lives in a bubble where all the good-looking people have everything going their way. 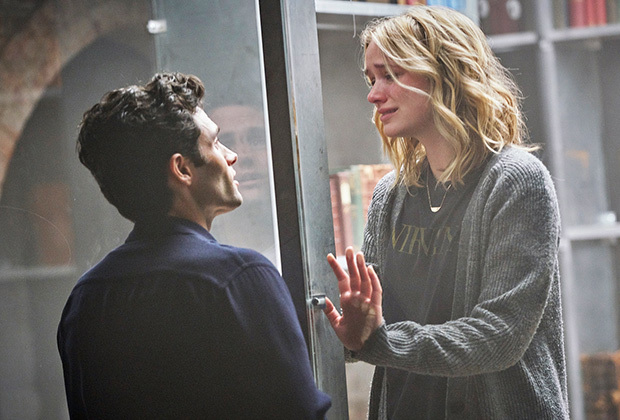 She also seems to live in a great apartment that in no way could anyone in real life afford if they were mainly a yoga-teacher, with no curtains, has a side job as a teaching assistant and some really rich friends who are all there to help her escape from the consequences of the world.

Thankfully, You doesn't steer away from showing us that Beck is just as insufferable as everyone else in the show and again, that's the whole point. She's careless, selfish and will use men to get her own way. She also believes she deserves things in the world that everyone else has to work for. She says she's a writer and never writes and gets her rich friends to pay for everything. And she really wants a man to rescue her. She doesn't have many boundaries but she is earnest and does genuinely seem like a good person and it is these qualities they get her caught in the well thought out trap set by Joe Goldberg.

Series showrunner, Sera Gamble has a long history of creating subversive shows like this and she is also the showrunner on Sci-Fi's The Magicians, another show where each season seems to have some large and campy consequences for its main stars. But like The Magicians, her strengths as a writer show in the characters of Joe and Beck as she deals with the worst aspects of our cultures obsession with traditional gender roles and masculine authority, though she weaves into something enjoyably soap-opera and fantastical. 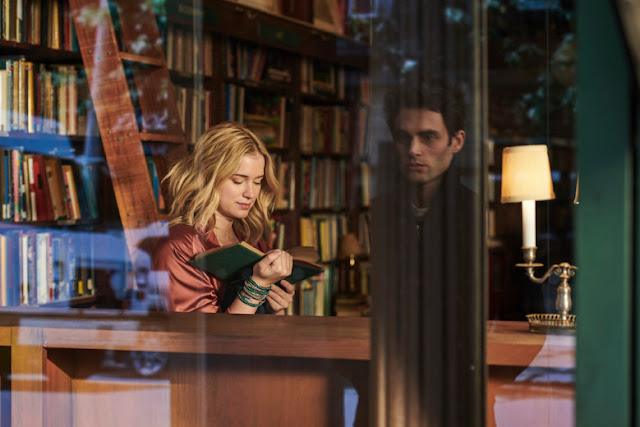 There can be no doubt though that a lot of the show's strength and indeed, appeal comes from its main lead, Penn Badgley's performance as Joe. He also had to take to social media to remind people that Joe wasn't a romantic hero or someone to be lusted over. While his performance doesn't make it hard to see why people have fallen for him, he is certainly charming, there is also an aspect of charm that only predators display. He's dangerous and sometimes deadly, though he doesn't like doing it and genuinely believes he is doing what he is doing for the right reasons despite being completely wrong in his judgements. But that does pose the question are the worst villains the ones who do what they do because they genuinely believe they are right.

But the show also makes it easy to sympathise with Joe, more than it does for Beck, because we get a look at his background over the course of the series, while Beck gets one episode dedicated to her backstory. Joe sees a lot himself in his neighbour's child, but he doesn't see that he is gradually becoming the same kind of master-manipulator as the man who was his father-figure in his childhood.

When it comes down to it though, You is supposed to be divisive and its supposed to make you think. While for some, the slippery slope of a series toying with the ideas of toxic masculinity might be too much, for others the exploration of what we deem to be good things, traditional relationship roles, imaginary Prince Charming's and the expectations of romance and whether these are really good things for us.

If you come of You and didn't get any of that, it doesn't mean that you aren't the intended audience for the show, but for most these are the questions about society they will finish the last episode with. But You is certainly worthy of plenty of affections.