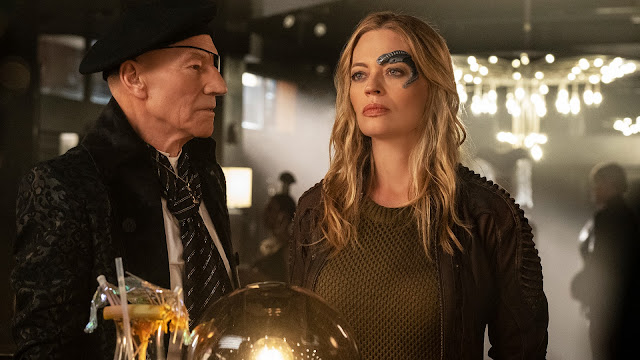 Voyager had a number of children on-board during its journey back to the Alpha Quadrant from the Delta Quadrant. It started with Naomi Wildeman and then stretched to include three more rescued Borg-drones who found a mother figure in Seven of Nine. And if you ever wondered what became of those characters, then this might be an episode that you want to sit out!

Throughout Star Trek, the Borg have always inspired dread. A lot of that is down to the fact that they are monsters who can't be reasoned or bargained with. Once your in their clutches there is no escaping them and some of it is down to the body-horror aspects of them. Real-shocking body-horror has been something that Star Trek has stayed clear of until now and seeing Icheb getting his implants removed with aesthetic was really gruesome. 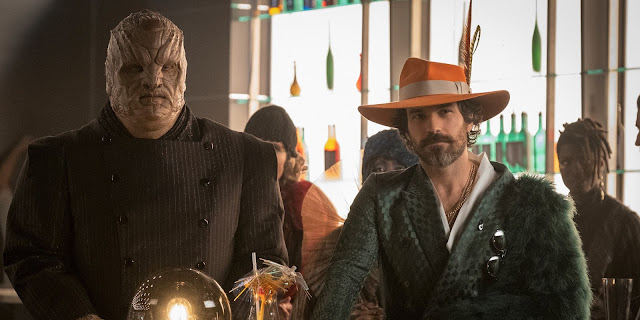 But much like the Cybermen, the Borg have appeared so often throughout Star Trek history that any threat they had has long since vanished and Picard is going to great lengths to bring that horror aspect of them back, showing them to us as victims rather than mindless drones. We are starting to see them as more of victims of plague rather than just killer-robots. And it is rightly shifting the focus of the aliens back to the status they once held when they were first introduced in The Next Generation.

But for all the fear they inspire in the universe, the Borg and their technologies are very profitable and Picard isn't shying away from showing us the dangerous lengths people will go to-to acquire the robotic-implants.

That's one of the biggest aspects of this series that I'm taking away at the moment and whatever mystery will be unfolding throughout the series, then restoring the Borg to the big threat they once were is a big part of it. And that's why the return of Jeri Ryan's Seven of Nine fit so nicely into the action here. She is what a recovering drone can aspire to be. Strong, independent and she even formed a group of vigilantes to rescue people who can't help themselves. No doubt Captain Janeway would approve. 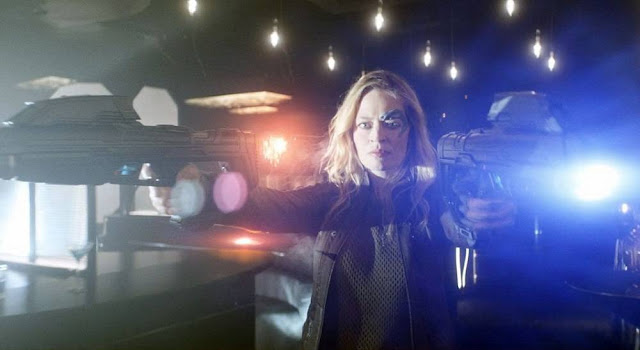 What I'm also continuing to enjoy is that this isn't a rosy future. It's dark, gritty and much more realistic than what came before. And there are some very nasty people out there too, one of whom is this episodes antagonist, Bjayzl who reminded me of an evil cross of Deanna Troi and Quark. She was business driven and would do anything for a profit but was also considerate of others, (when it suited her), and who was oddly empathetic. The episode shows us how she is capable of getting in anywhere and even hinted that her and Seven might have had a romantic involvement in the years since Voyager's return.

I was also expecting Maddox to die the moment I saw Jurati in the sick-bay with him. Originally I had expected him to join the crew but the moment he was weak, I knew what was going to happen. I guess time will tell whether Jurati is out-and-out evil or if she is being blackmailed but her exclamation of seeing what he has done does pose some interesting questions going forward.

And this episode finally shows the crew starting to gel together, and while they really came together in the last episode, this is the first time they've all joined forces. I felt for Raffi's character though, who got some nice development when we learnt about her history, including her ignoring her son in favour of the mystery at Starfleet. And that's something else that Picard is great at, giving the characters relatable backstories, making them much more likable and its clear how much the production crew really care about the show, something that I don't think Star Trek has truly had before.