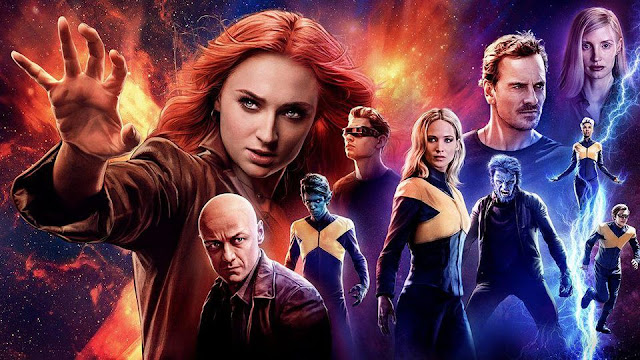 In Marvel Comics The Dark Phoenix Saga is one of the most beloved storylines of all time. It's a story about love and betrayal about friendship, hardship and sacrifice. And it's quite possibly one of the best comic book stories ever told. And this isn't the first time that Fox has tackled the storyline. The terrible X-Men 3 used elements of the story and it didn't really know how to do it or how to use the cosmic entity that is the Phoenix. So, the second time around, did they do any better? Well, no. But it wasn't through lack of trying.

The biggest problem that surrounded X-Men Dark Phoenix was that it came out after the Marvel/Fox deal. With Marvel now having the rights to the X-Men back, why bother going to see a Fox movie when you can wait a few years for Marvel to come out with a proper X-Men movie. But another problem is that all the X-Men movies are the same. Magneto, or someone who rivals his power is up to no good, we get some motivational speeches from Xavier and then the X-Men save the day. In the comics we've got intergalactic empires, mystical realms, prehistoric jungle kingdoms and even a gladiatorial television universe run by a villain called Mojo. All of these in the comics are exciting to see but Fox seemed too scared to give us any of these things. Instead, it's just another big bad, whether its Magneto, Sabretooth, The Sentinels, Apocalypse or someone else, tearing up a major city at the movie's climax. There is little variety to these films and that is perhaps their biggest downfall.

Dark Phoenix is no different. Its a movie we've seen before, though director and writer, Simon Kinberg does actually manage this time to give the movie some more thoughtful moments, and actually looks at what the X-Men mean to the world around them as well as the character's relationships with one another. 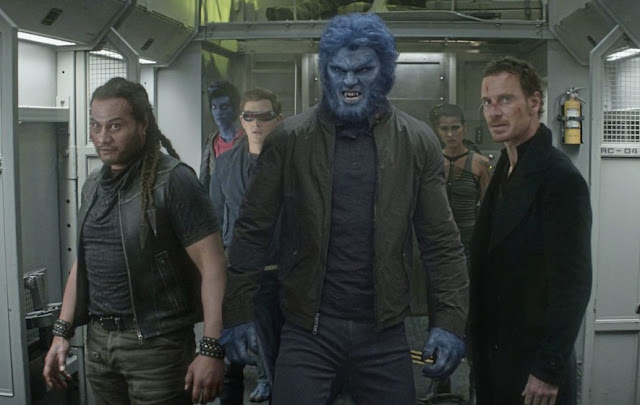 In that respect Dark Phoenix feels much more like its comic-book counterpart than X-Men: The Last Stand was. The original story, which was told over the best part of the early 1980s from Chris Claremont was a tale about a superhero going bad and the moral crisis that action takes for her teammates. Rightfully though, Kinberg does kick the movie off in space, with Jean Grey merging with the Phoenix, just like she does in the comics to save the crew of a space-shuttle. Anyone else would have died, Jean walks away with barely a scratch on her. But she gradually begins to loose control of her powers and memories of a traumatic experience that Xavier blocked out from her mind gradually comes back to her, thanks to the Phoenix breaking down those barriers the X-Men's leader put in place.

What I did appreciate is that Kinberg took a lot of care at exploring the character of Xavier. In this movie, he has spent a lot of time building bridges between mutants and humanity but he's gotten cocky, something Mystique tells him in one rather heavy-handed moment. But Kinberg is still unsure on how to use the Phoenix and Jean Grey as a result. In the comics, the Phoenix isn't necessarily evil, its just a force of nature and Jean is its sometimes unwitting host, though it has had others throughout the years.

As with all of these movies since First Class, its set a decade after the last one so Dark Phoenix sees the action taking place in 1992 and it shares, though unknowingly a lot of similarities with Captain Marvel, also released in 2019 and set at the same time. Then there is a race of shape-shifting aliens, like the Skrulls who want to harness the Phoenix's powers for themselves and make Earth their own planet. The head alien is played by Jessica Chastain, who is normally a great actress but just seems bored with the material she has been given here. If you want to see her in something brilliant, try Mama, not this. However, I was very impressed by the final battle which offered some of the cleanest action sequences that this franchise has ever seen.

Nothing though can hide the obvious boredom of the main cast who look tired of trying to play these characters for sometimes, unappreciative audiences. Thankfully, Jennifer Laurence is in a less prominent role as Mystique and is dispatched pretty quickly in this movie and Michael Fassbender only turns up half way though and then doesn't really do much. What I feel affected these movies post First Class was the reiteration of the conflict between Magneto and Xavier. Apocalypse did something similar and that managed to stomp over the introduction of the many characters that movie was tackling. Dark Phoenix does much of the same but it might be down to the performances between James McAvoy and Michael Fassbender who are electric together on screen. This does though take away from Sophie Turner's Jean Grey and the other youngsters in the movie, Tye Sheridan's Cyclops, Kodi Smit-McPhee's Nightcrawler, Alexandra Shipp's Storm and Evan Peter's Quicksilver who get perhaps five lines between them, despite being in most of the movie.

But Dark Phoenix will always suffer because it came out after the Marvel/Fox merger. It didn't stay in cinemas for very long which gave it a reputation before it had even started but its definitely worth checking out, even if it doesn't give us anything we haven't seen before. But then anything has to be better than X-Men 3: The Last Stand and this one does have Dazzler in it which pleased the comic book fans, even if she didn't get any of the action and was just singing for one scene. As one of my favourite X-Men hopefully the MCU will put Allison Blaire to much better use!