Doctor Who: The Face of the Enemy - Review 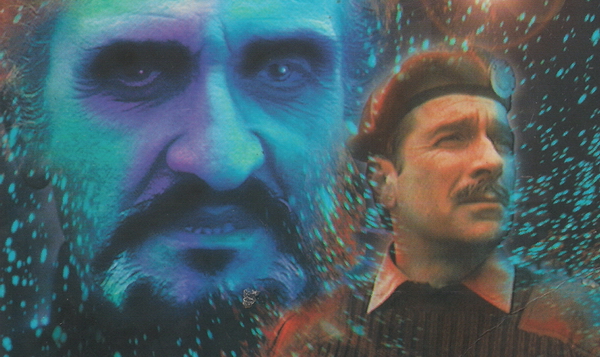 The Face of the Enemy has an interesting premise, with the Third Doctor and Jo off solving a problem on Peladon, the Brigadier and UNIT have a problem of their own to solve. This novel also proves that it wasn't just Virgin Publishing that created Doctor-less Doctor Who novels as this book places the Brigadier directly in the limelight, forced to recruit help from the outside when the Doctor and Jo are away.

Making their delightful return to the series is Ian and Barbara, now married with a young son called John. The reason why the Brigadier chose those two to be UNIT's scientific advisors is a little strange as there are no doubt many other companions who are qualified for the role but it is worth it for their input in the novel. And there is help-ish on hand from a much more unconventional foe/ally, the Master who is currently serving time in prison in between Day of the Daleks and The Sea Devils.

Although it isn't essential, it does help to have some knowledge of events in David A.McIntee's last novel, The Dark Path as the Master does reference some things which happen in that book. It is interesting to see that BBC Books aren't above using Virgin Publishing mythos to expand on their own.

McIntee is a man who has some great ideas and someone who can plot a satisfyingly complex story but there is one constant thing that lets his novels down and that is his need to fill his work with needlessly long passages of exposition rather than letting it come out over the course of his work. But with that being said, The Face of the Enemy is definitely his best novel and a cracking story to boot which puts UNIT front and centre...