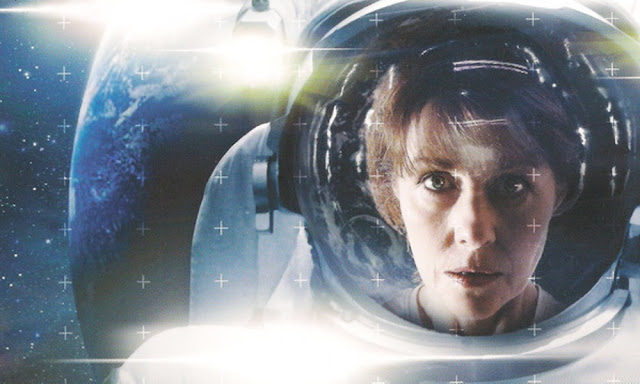 In the previous review for Sarah Jane Smith, I called Fatal Consequencies the new version of Test of Nerve, one of the greatest thriller's that Big Finish has ever produced. It was with some slight worry then that when I came to Dreamland I thought it might turn into Ghost Town. But I was wrong and it feels like nothing Sarah Jane Smith has ever done before. It is also a nice way to conclude the second season and as it would transpire, the series as a whole.

The opening moments of this audio pick up from the dramatic conclusion to Fatal Consequences and manages to resolve some of the looming questions from that particular revelation and then there is a brief scene of exposition which fills the listener in on what has been going on this series. While Dreamland doesn't have too much of a plot, it is a story that doesn't need one as it is all about Sarah Jane and what affect the events of this series have had on her. She knows thing haven't been good since the Doctor dropped her off at the end of The Hand of Fear and the events of this series have confirmed that fact for her.

Elisabeth Sladen is always wonderful but Dreamland seems to be her best performance in the role on audio. She feels sad, depressed but still willing to do what is right and Sarah ends up enlisted by Sir Donald Wakefield, a reaccuring character in this series to go on the debut voyage of the Dauntless, a new experimental passanger plane into space. In true Sarah Jane fashion, things don't go to plan but for her last adventure, she has her friends, Nat and Josh by her side.

In fact, it is the relationships between those three characters which is the best thing in this audio drama. Josh's many revelations have shook Sarah to her core but he has always her best interests at heart. And Nat is a little more world-weary now and little less prickly. Jeremy James and Sadie Miller turn also turn in their best performances in this story, though it is obvious why their characters were destined to never turn up in The Sarah Jane Adventures.

When Sarah finally goes into space, which we see thanks to that brilliant cover, the story picks up the pace quite a bit and the story becomes nothing short of fantastic. Sarah is trapped up in space, there is some great dialogue, music design and some real tension and the cliffhanger is astonishing. Even though we never got a conclusion, we know things turned out alright for her in the end.

Dreamland brings the Sarah Jane audios to an end just when they were really getting underway. With Sarah returning to screen in School Reunion and later her own television series, Big Finish never got to finish the series. Just as we'll never really know what happened to the Doctor properly in the Time War, we may never know what happened to Sarah in space and I think I'm okay with that...