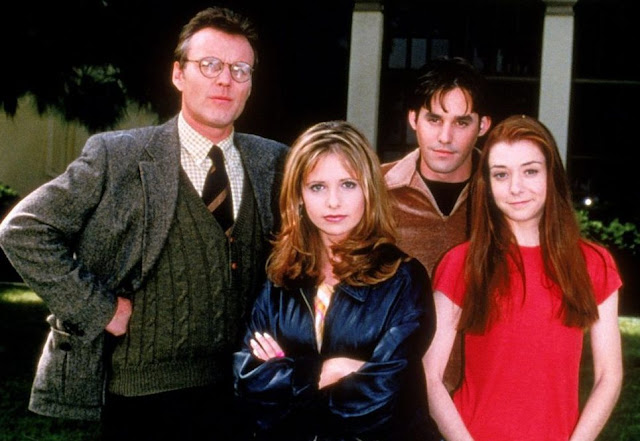 Wow, three episodes in and we are already on our first non-vampire villain!

The third episode, Witch, is less about Wiccans or people who identify themselves as witches, we've got ourselves an actual, broomstick and cauldron's, wicked witch of the west affair. And that is only the top piece of the plot. The episode is actually a good little look at parents re-living their lives through their children, just taken to supernatural extremes as most parents don't usually use preternatural powers to body swap with their offspring, to relive their glory days while killing cheerleading competition.

And even though there are the odd few hints here and there, the whole reveal did take me by some surprise, so there is some damn good writing on offer here.

Buffy just wants an ordinary life but she seems to forget that nothing is ordinary in Sunnydale and that was a continuing theme throughout the first season. Of course, whether cheerleading is normal or not is debatable, but I'm pretty certain it doesn't normally contain spontaneous human combustion.

At least though, unlike poor Amy, Buffy has a mother who is normal, even if she waiting for Buffy to screw things up again. But there is something good to be taken from the fact that she doesn't to live out her daughter's life...