Doctor Who: Creatures of Beauty - Review 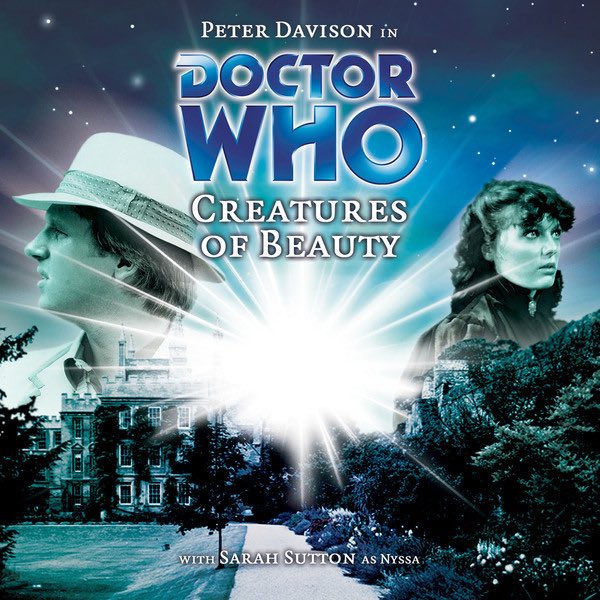 In their very early days, Big Finish proved they weren't afraid to mess with the status-quo and shake things up when it came to Doctor Who. There are some truly unique audio-stories out there and Creatures of Beauty by Nicholas Briggs is one of them. Briggs gives us possibly his most ambitious, philosophical and ingenious scripts and one can only imagine it must have been very tiring to write.

From its earliest days in 1960s, Doctor Who proved it could switch genres and tell any tale it wanted too. But later it set into a rhythm, the Doctor/companion would turn up, escape capture or death and defeat the villain before leaving. Certainly it is a formula that delivers satisfaction every time but Briggs presents all these points in a non-linear fashion, giving us a story that has no real beginning and no real end. The premise follows a planet after an ecological disaster and what effect it has had on the population. Now that is nothing we haven't heard/seen/read before but the resulting story this time proves immensely enjoyable for anyone willing to sit and listen to it and try to fit the pieces of the story together in chronological order. And despite some things being revealed much earlier on than they normally would be, the story gives us some surprises along the way right up to the final act. Which actually isn't the final act.

While the entire story shows us how paranoid and dangerous the Veld's planet is following the disaster at the hands of the Koteem, the first episode is particularly unsettling in how unusual the setup is. Sarah Sutton proves what a good actress she is as the battered Nyssa is interrogated by a psychologist. Throughout the story, the stakes are risen for Nyssa and Sutton proves she is more than up to the task, giving us her best performance up to that point. And even though the action shifts between locations and time-zones, the story being told is on a smaller scale. And Creatures of Beauty is all the better for that focus.

Creatures of Beauty is a story that could put you off with its out-there layout and format but given the chance to be listened to, it unfolds as an intriguing story with plenty of twists and turns along the way. Released in 2003, this was another experimental release that Big Finish don't really do anymore. This is easily Brigg's best script he has ever written for Doctor Who and it is a success that needs a little more celebration...