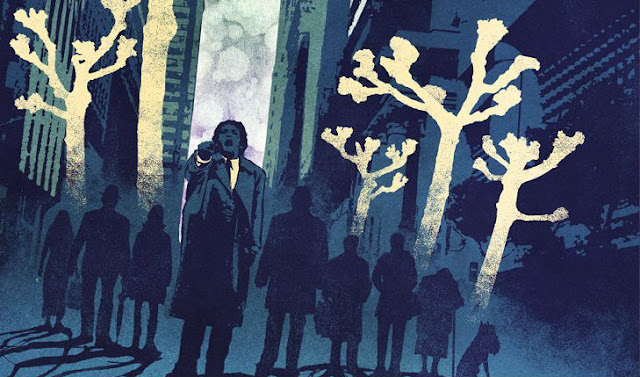 Breaking away from a alien world, the aliens land in San-Francisco where plants and street crime are just as prominent as the human population. The aliens even come with their own sales pitch, "You will be born again into an untroubled world", one tells protagonist Donald Sutherland once he figures out their overall scheme. And they aren't kidding either. Those who have been changed walk around free of 'burdens' like love and happiness acting to some invisible conspiracy claiming to act in humanities best interest.

Set directly at the intersection of post-Vietnam paranoia and the myopic introspection that would become hippiedom's lasting contribution, Phillip Kuffman's Invasion of the Body Snatchers effortlessly mixes social and political commentary with some genuine scares and memorable moments. It works as both an echo of the original 1950s movie as it does a remake and it does little change what worked so well the first time around.

Sutherland's city-health inspector is the first to notice that humanity is being leeched away by some unseen force. Driving around the city with his unrequited crush, Brooke Adams, Sutherland comes across a madman raving about what is happening before getting killed by a mob. Seconds after having expressed his belief that the police will deal with it, the pair turn the corner on the road only to find the public and police force staring down at the body with a complete alien look on their faces. Just how far does this thing go? And who is in on it and who isn't.

Well the question should be who is going to stop it? Leonard Nimoy's psychiatrist is all fuzzy emotion and eyebrows peddling self-help books and believes in the ability to talk things out. His attempts to console Donald Sutherland, Brooke Adams and their friends played by Jeff Goldblum and Veronica Cartwright sounds exactly like something from the worst group theory in history.

Goldblum says of Nimoy at one point, "He's trying to change people to fit the world. I'm trying to change the world to fit people". Sure, he is a poet with a real axe to grind but at the end of the day he does have one brilliant point: The enemies in Invasion of the Body Snatchers are less the monsters and more humanities compliancy...