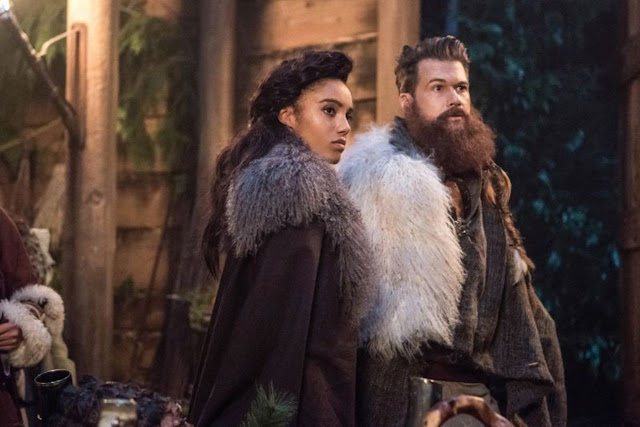 Following on from the shocking events of the crossover, Crisis on Earth X, I'm sure many were expecting a downbeat mid-season finale for Legends of Tomorrow. And to some extent, the Legends to mourn and deal with the death of Stein and they struggled to get back into their time travel groove. It certainly came as a surprise then that this episode ended being one of the silliest in the history of the show! And this is coming from a season that has reacted E.T. with a baby Dominator. This is a real testiment to the overall power of the show, the quality of the writing and the chemistry of the cast that this episode still manages to hit home in some really profound ways.

Of course, we should have expected the goofyiness just from looking at the title, Beebo the God of War. And it certainly didn't fail to live up to its title. The very idea of Vikings worshipping a talking child's toy and as a result, changing the course of history in North America is one so silly that only Legends of Tomorrow could really pull it off! The Beebo doll provides endless amusement while also serving as a great way of bringing back Graeme McComb's younger Stein for one last time. 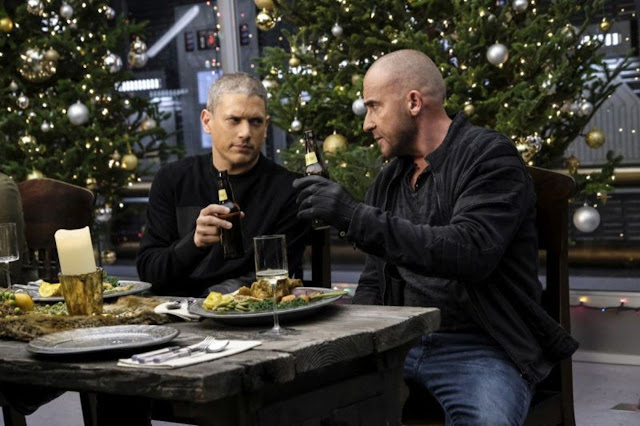 This episode also gave us some great character moments as the conflict grew and naturally, Jax got a lot of screen time as he mourns for his friend and deals with his feelings of guilt. But the inclusion of the younger Stein brought his character to a nice end. And it allowed McComb a nice final performance in the place of Victor Garber. It also helps Jax move past his feeling of guilt and embrace his next journey. Watching Jax saying goodbye to his friends and teammates was extremely bittersweet and I hope it won't be long before he returns to the fold. It wouldn't be nice to loose Firestorm in his entirity in the same season.

Looking past the Back to the Future elements with Jax and young-Stein, this episode also helped to demonstrate how the group works as a dysfunctional family unit. Everyone mourns Stein's death in their own way and this results in a stream of heady and hilarious moments. Even Agent Sharpe, who I think will have a thing with Sara, gets in on the action.

Wentworth Miller returning as Leo Snart helped move things along and he seemed to be even more entertaining here than he was in Crisis on Earth X. His involvement reminded us of the fun dynamic he brought to the team back in Season 1 and his antics are a hoot. It also brought back the delightful dynamic between the original team of Captain Cold & Heat Wave. I'm glad that the producers, like they did with Garber, are giving Miller a build up before he too says farewell to the Arrowverse. 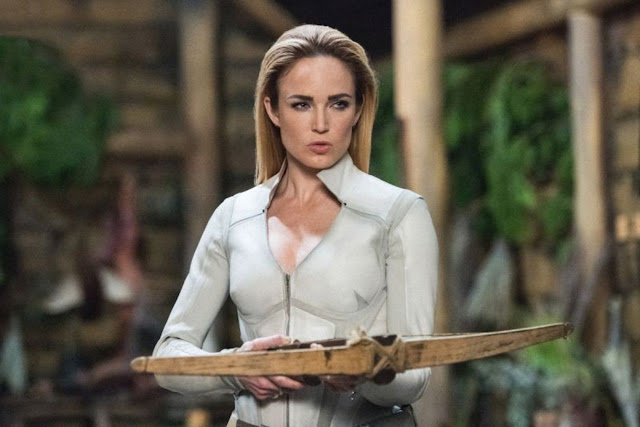 Sara, (Caity Lotz), proves herself more than a match for the hordes of Vikings and Damien Darhk.﻿

The whole piece was very reminsant of the past episode, Return of the Mack in how it starts off as something goofy before turning darker with the appearence of Damien Darhk. And the fact the writer of both of these tales was Grainne Godfree was probably not a coincidence either. Luckily though, unlike Return of the Mack, Beebo the God of War didn't fall into a formula. In this instance, the appearence of Darhk and his daughter merely served to raise the stakes.

But it wasn't as if Darhk didn't bring his own version of hilarity to the table either as his tacky Odin costume and delicious wig were brilliant! And we really have to appreciate those costume flourishes. And the final battle was fun, turning into something different from another straight-forward fist-fight.

Unfortunately though, there are still a few little things about the overall season plot that are niggling at us. While we got a better glimpse at the place in which Mallus lives, as a villian, he is still a lot less well-rounded than villians like Reign and The Thinker in Supergirl and The Flash. This sadly leaves everything to fall on Darhks shoulders and his assembling of a villianous team feels too much like that of the Legion of Doom in season 2.

However, it is hard to look too much at these weaknesses when this season keeps on delivering these fantastic episodes. This one was as heartfelt as it was hillarious and it is just a shame that we still don't know when it will be coming back in 2018...