Doctor Who: Survival of the Fittest - Review 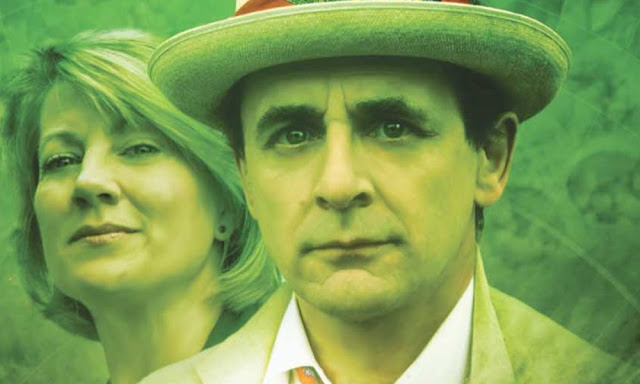 Following on from the conclusion of the story, A Thousand Tiny Wings, Elizabeth Klein is now travelling in the TARDIS with the Seventh Doctor. Survival of the Fittest is a strange layout for a story, given that the first episode is called Klein's Story which details how she got hold of a TARDIS in the adventure, Colditz and then we have the three part, Survival of the Fittest.

Given that this story was released a long time ago and Big Finish marketed it as a two-Doctor story, it isn't a spoiler to say that Paul McGann and Sylvestor McCoy both appear as the Doctor in Klein's Story. Mulit-Doctor stories can be a mixed bag at best but Klein's Story, uses both of them very cleverly and appropiately. It is a little bit of a shame then that it feels like this episode was a fairly last minute thing when it was discovered that the main story would only run for three-episodes. But was a fortotous afterthought.

Quite a few years have passed since Klein first appeared in Colditz so the refresher course in her history is a much needed one, even for fans of Big Finish who have been here since the early days. And Klein's Story delivers that refresher brilliantly, while it also succeeds at filling in some of the blanks that plagued the original story. Both Doctors are on brilliant form and Tracey Childs is brilliant as Klein. Guest star, Rupert Wickham rounds up the small cast as Faber, Klein's friend and later love interest.

Everyone seems to crave multi-Doctor stories but they almost never work, but here, Big Finish have proved that with a bit of thought behind that concept, they can.

As for Survival of the Fittest, the main story, Jonathan Clements gives us a fairly traditional sci-fi tale. The bee-like Vrill have suffered a tragedy, one that threatens their whole nest and way of life. The cause of this is something that hits a little close to home for Klein, which adds a nice touch to her character where she begins to question her facist upbringing.

Listening and experiencing Klein battling her inner demons as different facts to light was brilliant and underlines why she works so brilliantly as a companion. (I'm glad she's coming back later this year!) If I have any complaint about her inclusion at all it is that the similarities between her facism and what is going on in the story are delivered with a sledgehammer.

But putting the sledgehammer aside, Survival of the Fittest is a story that will not only appeal to Doctor Who fans but sci-fi fans in general. The world building that Jonathan Clements does is brilliant and the use of pheromones as a way of communicating is something that shouldn't work in audio but totally does here.

As with most of these stories that are designed as trilogies, this story ends on a cliffhanger that for once doesn't feel contrived but is delivered with an inevitable feel to it. For all of Klein's supposed improvement in this story, her facism wins the day and she steals the TARDIS once again.

The Klein trilogy is still easily one of the best trilogy's Big Finish have ever done. I hope that The Architects of History will bring it all to a nice close...