Doctor Who: Attack of the Cybermen - Review 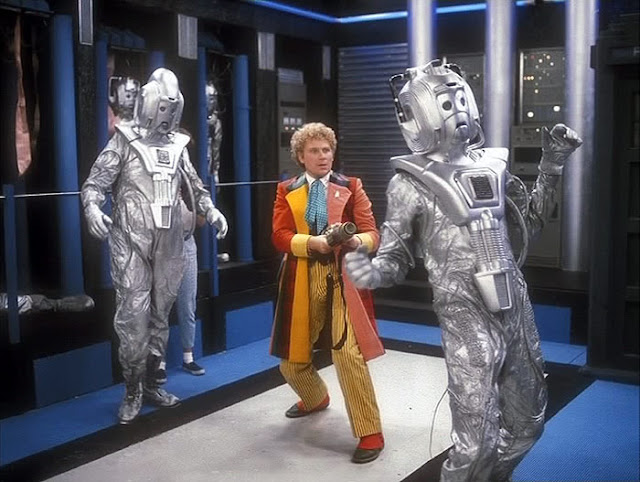 After the sadly absymal, The Twin Dilemma, one might think that the only way for the Sixth Doctor era was up. Unfortuantely, you'd be wrong again.

Now, I'm not one of these fans out outwardly hates the Sixth Doctor era, on the surface, I don't mind Attack of the Cybermen or many of his television stories. What ruins his era for me was the creative team of producer, John Nathan-Turner and script editor, Eric Saward, who seemed to forget what Doctor Who was all about. This is another one of those stories that proves that point brilliantly. 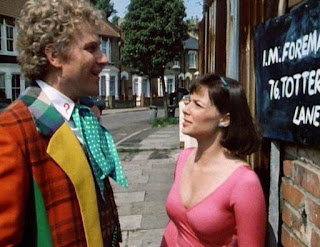 On the surface, Attack of the Cybermen is alright but if you look deeper, it is bad, not even likable bad, just plain bad. Looking at the performances, Colin Baker is trying his best to create 'his' Doctor through the characterisation that has all the thought and care of a Trump administration. Alright, I got slightly political there but you'll have to deal with it! What is blatently obvious is that the writers and producer had absolutely no idea who they wanted the Sixth Doctor to be, so, they just threw everything at the screen and hoped that something would stick. It is too bad they couldn't find anything corrosive to throw at that slightly hideous costume, the blue one from Big Finish is so much better. And as for Peri, as much as I might like her as a companion, Big Finish has done wonders for her character, she remains to do nothing but stand around in revealing clothing and whine a lot. You really feel for actress Nichola Bryant, who must have really suffered during her time on the show.

It is no secret that the writing behind this story was a notorious fiasco. Debate still rages over who actually wrote the damn thing although deep down, I'm surprised someone would want to admit to writing this. Not only is the plot for this story a total mess, but you need a masters-degree in Cybermen history to get your head around it. Nowadays, we long term Doctor Who fans will understand it but to casual viewers, heaven help you.

For some reason, Maurice Colbourne's Lytton appears again, having previously turned up in Resurrection of the Daleks. I should imagine that having written Earthshock, Eric Saward knew what a dull bunch the Cybermen could be and wanted to include someone with a little glimmer of charisma. It is a shame then that no one could find anything for him to do except stand around and meet a very bloody end.

The Sixth Doctor's era became famous for its graphic detail and all of it is unnessary and gratutious. Did they think we really needed to see the Cybermen crushing Lytton's hands to bloody pulps? No we really didn't as it adds nothing to the overall story. Doctor Who should be scary but not gory, it never should be that...