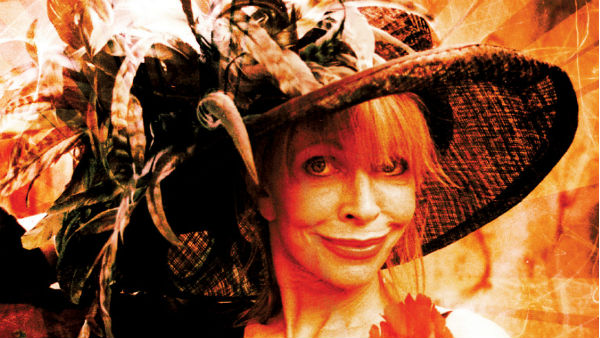 It has been ten years since Tom had last travelled with Iris Wildthyme in her trans-dimensional bus. He has now settled into his life of writing novels about his old friend. At one of his signing events, there is a ruckus at the back of the queue and suddenly a loud mouthed-floozy of the multiverse is back in his normal life. And before Tom knows it, Iris entrusts him with her most treasured possession and has ridden off into the multiverse with Robin Hood! And she is being hunted by evil forces from a higher dimension. Tom's life will never be the same again!

2005 saw Iris Wildthyme returning the Doctor Who universe, having previously appeared in novel form, most notably in Verdigris and Superior Beings. The story wastes no time in introducing us to her in all her innuendo-ridden glory.

Tom had previously appeared in Verdigris while, Iris had a different face in that novel. Given that she modelled herself on Jo Grant when she regenerated it is odd that it took so long for the pair to actually meet in audio in Find and Replace.

But perhaps the most interesting inclusion in this opening release is that of Panda, played by David Benson. Panda comes across as an interesting mix of Frankie Howard, Leslie Phillips and the sinister baby, Stewie from Family Guy. He is haughty, sarcastic, sardonic and is frequently exasperated by the stupidity of those around him, though his origins remain an interesting mystery. Just don't you dare call him a bear!

At the time, though Big Finish held the license to make Doctor Who audios, they seemed to want to keep Iris separate from the wider Whoniverse. The words Time-Lord and TARDIS are never mentioned once and the sound of Iris' Double Decker Bus dematerialising has a completely different sound.

Even though Big Finish would incorporate her into the Doctor Who universe properly, one thing was definitely evident when this story was initially released, Iris Wildthyme was back. And this time, she intended to go big...