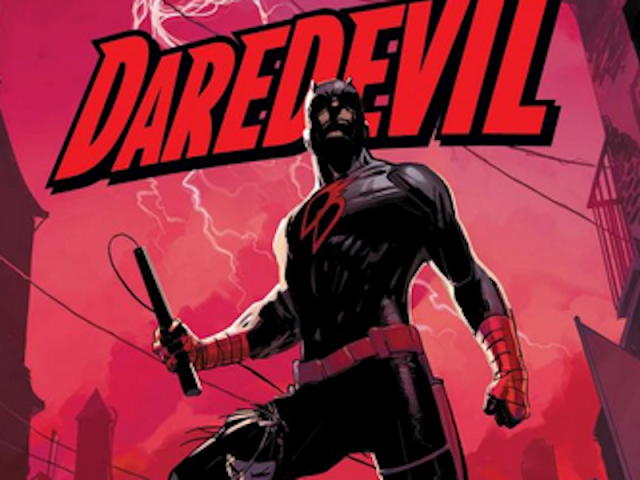 With Chinatown, Charles Soule and Ron Garney have been given the difficult task of following on from Mark Waid and Chris Samnee's long run. It was almost an impossible task to begin with, Waid's run proved to be very popular, so I think we can forgive Soule and Garney for the stumbles they make here.

In many ways, this is the undoing of Waid's run with Matt Murdock having moved back East, going back from San Francisco to New York and there is no more smiling as the grimmer tone takes hold. For some unexplained reason, Matt and Foggy are no longer friends and everyone has forgotten Matt's identity due to some unexplained Secret Wars fallout thing.

What new elements that Soule and Garney bring to the table is pretty bad too. We've got a new sidekick character called Blindspot, who wears a suit that turns invisible, but he is another bad Soule invention, yet another Inhuman/Wolverine-type of character that Soule churns out regularly.

The story is bland with a Chinese crimelord called Tenfingers, a man who literally has ten fingers on each hand, doing something bad in New York, involving Blindspot's mum and he has stolen something-or-other from the Hand who want it back. Nothing but boring ninja fighting ensues throughout this book, going from page to page. This is hardly riveting stuff.

I am also the biggest fan of Garney's art here either. It is all kinds of scratchy and mirroring the dark tone of the book, it is all practically in black and white. Is that what the naff subtitle refers to, 'Back in Black'? And Garney also gives us one of the stupidest gun designs I have ever seen, a handgun with ten triggers for Tenfingers!

Unfortunately Soule and Garney's first outing with Daredevil manages to fall completely on its face, right from the word go. Daredevil should be fun and entertaining, but this is just naff, dull and dreary. Even with Elektra coming back in the next book, it might be a while before I check that out...