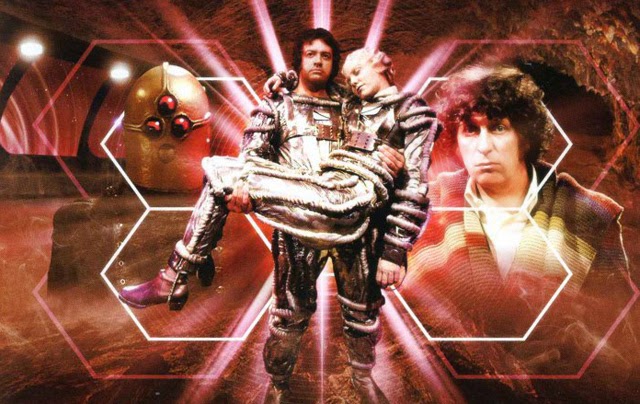 After the catastrophe that was The Invisible Enemy, you'd be forgiven for thinking that authors Bob Baker and Dave Martin would never have been invited back into the Doctor Who office. But with Underworld, they're back to terrorize us with yet another piece of rubbish!

Following some brief work on The Sun Makers, Underworld marked the beginning of Anthony Read's time as script editor on the show. While his predecessor Robert Holmes took his inspiration from pieces of horror and gothic novels, films and other mediums. Read took inspiration from classical mythology and adventure stories for his. As a result, we get a story like this one, one which could easily be described as Jason and the Argonauts in Space. It is a pity that the story isn't actually as interesting as that.

Unlike many fans, I wouldn't say Underworld is god-awful, there are a number of good ideas littered throughout the whole thing. And that is true of all of their scripts. But here Baker and Martin do their usual middling work and manage to produce one of the dullest stories of all time. Even the mighty and magnificent Tom Baker tries his hardest to elevate the script. And he really does try but the script is just so bad that even he comes off bad here.

What beginning as a story with real potential to be interesting, becomes a dull tale about freeing a group of enslaved people from the grips of a tyrant. The tyrant in question is called the Oracle, yet another mad computer with a god complex and not much else to make it interesting. How can a story get as bad as this? At least the other mad computers in The Green Death and Face of Evil were interesting, Oracle is not. The chief lackeys for Oracle are the Seers another pair of robots with dumb heads that they hide behind equally as silly helmets for no particular reason. 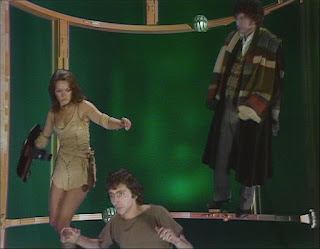 One particular element of this story I really can't stand is that of the Minyans. They don't come across as anything other than one dimensional and never shut up about their stupid quest. The only one who particularly stands out is Herrick and that is only because he stomps through the whole thing like he is on a different show, a show where he is the hero and not some man in a long scarf.

As well as being bland, the Minyans are also incredibly ungrateful. Once they get their race banks and the quest is completed, they are more than happy enough to leave the Doctor and Leela behind, despite the help the pair have given them. Even worse, when they find out that the planet is going to explode, Jackson wants to kick all of the enslaved people off of his ship! And considering they are they are their distant relations, it is no way to treat them. (Unless its Christmas and they won't go home!)

It is a well known fact that Underworld nearly didn't make it to the screen. The BBC was strapped for cash in the late 1970s and the producers wanted to scrap the whole thing. There was only enough money to build the Minyans spaceship and the save future cash, the planet scenes were filmed with a green screen. While the idea is ambitious, with 1970s technology, the whole thing just doesn't work.

Even today, shows like Once Upon A Time have a tough time convincing us with their CG backdrops. So how was a show in 1977 supposed to cope?! The whole doesn't look as bad as its reputation would have you believe but it does still look pretty bad...