Doctor Who: The Haunting of Thomas Brewster - Review 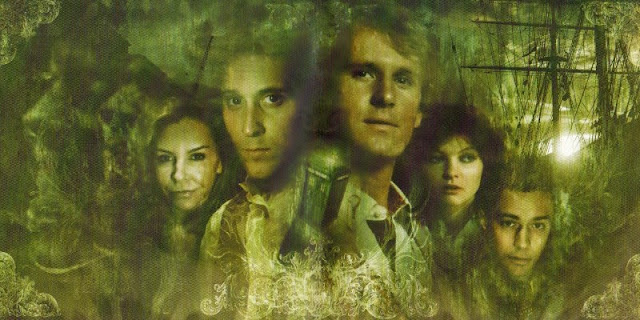 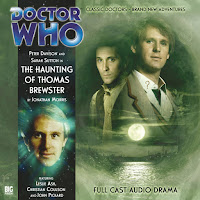 The Haunting Thomas Brewster sees author Jonathan Morris craft a complex yet alluring Victorian ghost story, which eventually gives way to science fiction madness. The effect is punctuated by the lack of a recap at the beginning of each episodes. Peter Davison and Sarah Sutton star as The Fifth Doctor and Nyssa only fleetingly in the first episode, an episode which instead focuses on introducing us to Thomas Brewster. The TARDIS crew don't really appear properly until the second episode, which only adds to the story's intrigue.

Director, Barnaby Edwards really does get the best from his cast, even though it was a bit of a mistake to cast Trevor Cooper as multiple roles because his voice is so distinctive, which doesn't help for a doubling up on roles of this nature. Leslie Ash is far more successful at this as she remains unrecognisable in each different role.

And while we are discussing how things sound, the sound design does have a couple of problems that I could find. Some of Peter Davison's lines were delivered far too quietly and I found myself having to turn my CD Player up at different times. And the opening few seconds of the final episode are ruined by the last few fractions of the opening titles distinctive, 'whoosh'.

I was also going to be a little harsh on Simon Robinson's sound design for being too 'in your face' with the Victorian music. However, the recurring Brewster theme tune did grow on me.

The story ends on a cliff-hanger designed to lead into the next Peter Davison story after this, The Boy That Time Forgot. And while there are a couple of red herrings and you might be surprised by who does eventually end up in the TARDIS!

Much like the lad himself, Thomas Brewster has a few problems. But overall this spirited adventure does have a lot to offer...