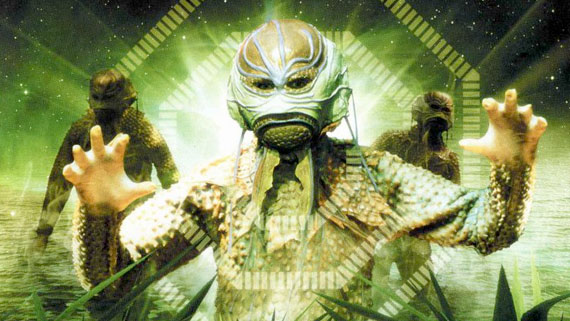 Everyone say hello to Adric, arguably the most hated companion from the Doctor Who universe. Full Circle was the first appearance of Matthew Waterhouse as the mathematic genius, Adric. It really goes to show how much times have changed, these days the Doctor is very select about who he choses to be his companions, back in the day however, he seemed to let any old twit on the TARDIS, which is exactly how he ends up with Adric. 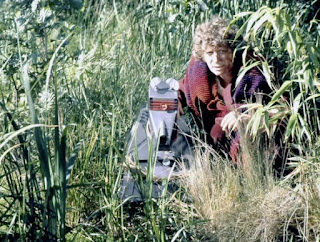 The irritating little maths whiz, was not just unpopular with fans but he was universally loathed and despised by his fellow cast mates. The problem is that he was an unholy mixture of a terrible character and an actor who can't act. Matthew Waterhouse clearly didn't have the slightest idea about what acting actually is. He wanders around the set, completely blank faced, dead eyed and he delivers his lines with such a flatness that he could level entire forests. If there was ever a companion that deserved to be blown to pieces in a spaceship explosion than it was this annoying little twit.

Full Circle is the first story in the E-Space Trilogy and it is certainly the weakest part of the trilogy. It starts off interestingly enough but episode three quickly descends into characters running around corridors being chased by big lumbering monsters who have all the agility of a milk float with a punctured tire.

The interesting thing about Full Circle is that it was written by someone who was just 17. Andrew Smith has managed to create an interesting story and his works for Big Finish nowadays are always nice to listen too. It is a shame then that script editor, Christopher H. Bidmead got his hands on it and filled it with unintelligible technobabble.

It really is little wonder that Lalla Ward, John Leeson and Tom Baker had all decided to leave at the end of series eighteen...