Doctor Who: And the Pirates - Review 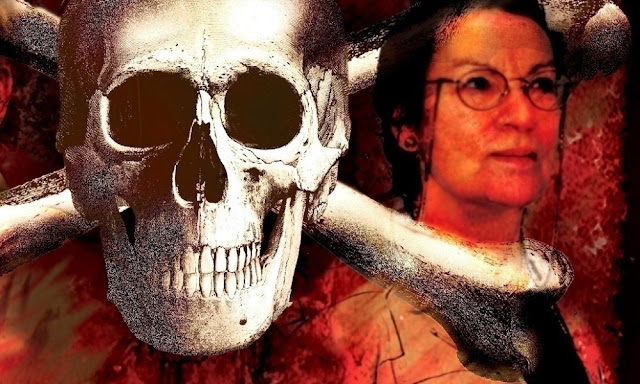 For me, the primary focus of this audio-play was just to hear the Colin Baker rendition of I Am The Very Model of a Gallifreyan Buccaneer. That would have been fine, had the song actually been enjoyable and not as irritating as it actually is.

It is a shame because this story could have been so much more...

Evelyn Smythe turns up unannounced at one of her student's apartments with a chocolate cake and promises of tales from the high seas. Her student, Sally, believe Smythe had been holiday and isn't too pleased to see her turn up unannounced. And she especially isn't pleased when Evelyn voices the sailors with the same voice. And then, the Doctor turns out, much to Sally's disappointment, helping himself to tea and chocolate cake and continues the story despite Sally's attempts to get them both out. Up to the song part, anyone expecting silliness was in for a surprise. Real pirates don't sing and dance and Captain Red Jasper was quite insane. It was all going well up until the beginning of episode 3.

Evelyn is telling the story in as much of an upbeat manner as she possibly can because she is hiding a secret, something she is trying very hard not to admit too. And Sally also has a secret, the Doctor and Evelyn are trying to prevent her from doing something that only she could really do under the circumstances. Throughout their adventure there are hints and cracks at that secret that the Doctor and Evelyn are trying to keep, until it all becomes very clear.

It is the sadness that lies under the silliness of this story that helps to lift out of the water slightly. And the majority of the silliness will make you laugh no matter how many times you may listen to this adventure. I suppose the two sides to this story, the comedy and the seriousness, keep the adventure balanced, which is the only reason I am going to be nice about this story.

But god knows why this story ranks so highly in some many people's favourite Big Finish adventures. The song was so, so, so annoying...

DOCTOR WHO AND THE PIRATES OR THE LASS THAT LOST A SAILOR, STARRING COLIN BAKER AND MAGGIE STABLES AND WRITTEN BY JACQUELINE RAYNOR, WAS RELEASED BY BIG FINISH PRODUCTIONS IN APRIL 2003.