Doctor Who: Planet of the Spiders Review 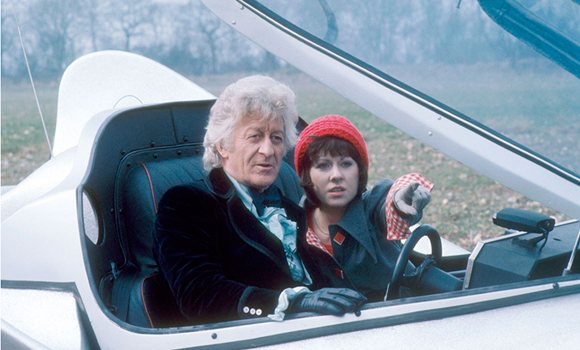 Planet of the Spiders is always a tough story to watch.

It isn't bad by any means but it is always wrenching to watch the Doctor die but there is something about the demise of the Third incarnation that is just so sad. And this story rings in the end of one of the show's most popular eras. And when you watch this adventure you can't help but be reminded that almost everyone involved has sadly passed away, Jon Pertwee, Elisabeth Sladen, Nicolas Courtney and producer Barry Letts are no longer with us. If you listen to the commentary on the DVD release, it is like listening to ghosts and Planet of the Spiders takes on an even sadder tone than it ever had before... 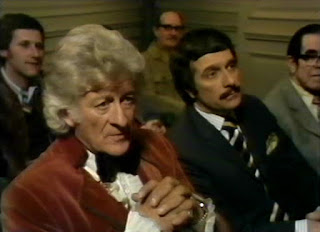 Jon Pertwee was a hero to millions of people before Tom Baker came along and the audience had been able to enjoy five years with him in the title role. Those five years had been action packed with lots of frilly shirts, fast cars, Venusian Aikido and UNIT. But now the Doctor faces his final adventure though, in a sense, his era seemed to finish at the end of the previous series with the departure of Jo Grant played by Katy Manning at the end of The Green Death.

The tragic death of Roger Delgado who famously played the Master from 1971's Terror of the Autons to 1973's Frontier in Space, robbed us of one more final showdown. With Jo Grant having left, it wouldn't be long before Jon Pertwee left too. But here he gets to have one final rousing adventure with plenty of everything that made his tenure so popular. Chases on land, sea and air, moral certitude in the face of dehumanizing evil and one or two final Venusian Aikido moves thrown in for good measure! 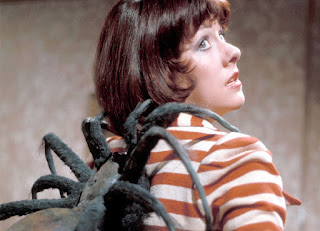 The Doctor and Sarah Jane find themselves investigating strange goings on at a local monastery were former UNIT Captain, Mike Yates, played by Richard Franklin, is trying to find some inner peace following the events depicted in Invasion of the Dinosaurs. A cult has been formed within the retreat and have managed to make contact with some super intelligent spiders from the planet Metebelis 3, one of the Doctor's favourite planets. But the Doctor is forced to face the consequences of his own greed for knowledge and stop of the leader of the spiders from threatening to take over the galaxy with her ever growing telepathic powers. But he may not be able to survive the attempt...

It is a shame that the story isn't as 'great' as the central villain, The Great One, might suggest. It is a strange mixture of Lett's Buddhist interests and Pertwee's action needs and some rather uneven pacing which make this story quite boring to watch at some points. Thanks to some rather useless running around in a pointless chase sequence that takes up nearly the entirety of the second episode and gets our characters absolutely nowhere. The sequence was only included to keep Jon Pertwee happy and it wouldn't be so bad if it actually had something to do with the overall plot, which it doesn't as the person they are all chasing gets away anyway!

Most of the supporting cast playing Earth characters are good in this adventure though, John Kane gives a fantastic performance as Tommy, Richard Franklin gives Mike Yates one final go and manages it perfectly. John Deerth gets across the absolute insanity that plagues his character of Lupton well and George Komack as the serene K'anpo all do exceedingly well. Unfortunately, Kevin Lindsay gets the thankless role of playing a really crucial character but doing a really bad job of it thanks to his obviously phony accent and terrible make up. And the characters on Metebelis 3 don't do much better. Most of the actors here have two emotions, apathy and rage. Jenny Laird who plays Neska, a woman who won't let her family die expresses no despair whatsoever. All she seemed concerned about was not tripping over the bottom of the dress she wears when she runs down some steps! 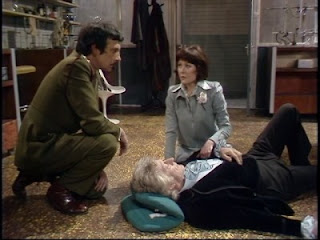 So Planet of the Spiders isn't the epic it promises to be. But it still has some satisfying moments that are littered throughout the adventure and make it worth watching. There are some thoughtful ruminations on existence and identity and a rather profound crisis for the Doctor which takes place on a very personal level. But what the story is, at it's heart is an extremely tearful farewell to an era that is still loved today. The final scene, featuring the Doctor's regeneration is made even sadder by the fact that everyone in it is sadly no longer with us. In fact, that final scene is the reason to watch this story.