Doctor Who: The Space Musuem Review 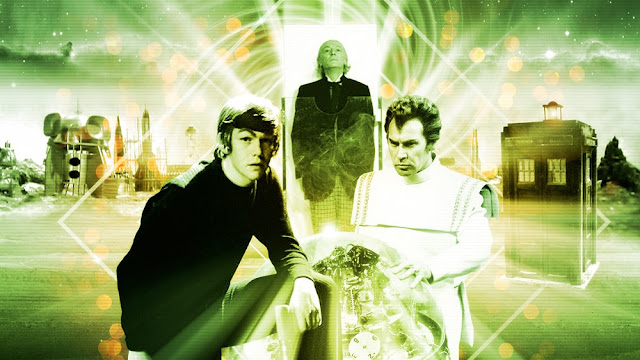 The Space Museum is one of those Doctor Who stories receives an awful lot of criticism from the fans of the show. The general consensus is that this story is a pile of codswallop, putting it politely. But then things about this story become even more convulsed when people say that the first episode is brilliant.

I'm not going to lie, I went into this story, knowing about it's reputation expecting not to enjoy a single thing about it. For the most part, I was right. But then I remembered, each story is going to be different for other people. Some people love this story. Some hate it. I still don't know where I stand on the situation so hopefully throughout this review I will address the good, the bad and the ugly about this William Hartnell adventure.

The TARDIS arrives in the grounds of a large space museum, following on closely from the previous adventure, The Crusade. But there is something strange going on. The crew suddenly find themselves back in their normal clothes rather than the crusader garments they had on. Then Vicki stupidly drops a glass of water which, when it lands, jumps back up and restores itself, almost as if time was running backwards. Deciding it would be a good idea to leave the TARDIS and go exploring, the crew quickly discover that they aren't leaving footprints in the dusty ground and there is no sounds to be heard. People can't even hear them talking or see them walking by. Oh, and they can pass their body's through solid matter. But then they discover something shocking. Themselves, frozen in cabinets and on display in the museum as exhibits as is the TARDIS. But the cabinets vanish and the Doctor discovers that time itself has caught up with them and they are all in danger as usual because now people can see and hear them. 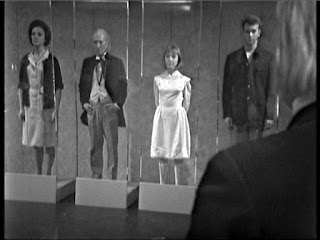 What follows is the crew standing about, discussing how they can avoid ending up in those cases. This results in each one of them questioning their moves and if those moves will take them closer to or further away from their fates.

The rest of the story is almost entirely devoted to the everlasting war between the owners of the museum, the Moroks and the actual inhabitents of the planet, The Xerons. The Doctor gets himself captured by the leader of the Moroks, Lobos, while Vicki meets the leaders of the Xerons and gets them to start a revolution while Ian turns into a gun-totting bad ass. Poor old Barbara however, gets very little to do. But each of them are captured and sentenced to be turned into the exhibits they had seen earlier. It seems like they hadn't escaped their fates until the Xerons turn up and overthrow their lords. It seems the revolution that Vicki managed to insight them to do has saved them all.

There is an awful lot going on in these four episodes but the mistake that many people make with this story is that episodes 2-4 are complete rubbish. I wouldn't say that they are rubbish but I would say that episode 1 is so good that the rest of the story just couldn't compete.

That is the problem with the story, episode 1 is just superb. It is the best self contained episode I think we've ever had from Doctor Who. We can look at other fan favourites like The Talons of Weng-Chiang, The Caves of Androzani and The Seeds of Doom and say they are brilliant but we look at them in the context of all their episodes. Episode 1 of The Space Museum works so well that it could have been an episode on its own. What the episode does is approach the concept of time travel in a way that hadn't been explained during the last two years the show had been on air and hasn't really done since. It asks so many intelligent questions like, why aren't they leaving footprints? Why can't they been seen or heard? How and why did they end up as exhibits? When we get the answer, it is brilliant. The TARDIS had jumped a time track, so they weren't really there yet. As the first episode comes to a conclusion, we see things beginning to speed up, the cases vanish and their footprints appear letting the Moroks know that they are there. It is one of the best cliff-hangers to make you want to watch the next episode, how in hell are they going to get out of this one?

The question then becomes, how are we going to top the previous episode? What damages this story's reputation is the dreadful scene at the beginning of episode 2 which feels like the writer has decided to slam the brakes on to give us some unneeded exposition. In fact, in this scene we don't just get one piece of exposition but ten different sets of exposition all following each other. It is just incredibly stupid and makes the whole thing feel comically bad. And then we get a scene in episode 3 where Ian, Barbara and Vicki are caught by the guards and they spend a full minute discussing how they are going to get away in ear shot of the guard who apparently doesn't hear them despite their close proximity. 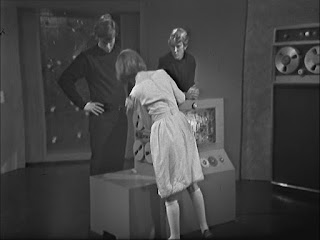 But the bad points about this story don't end there. There is a problem with the different races, the Moroks and the Xerons. The acting from members of the different races is ropey to say the least. One of the reasons that the first episode works so well is that the speaking is left to William Hartnell, William Russell, Jaqueline Hill and Maureen O'Brien, all of whom can act. Of course, the Moroks and the Xerons aren't helped by their bad dialogue but it is the actors job to take crap and make it credible. The Xerons feel perfectly in tune with the youth of the sixties who are unhappy about how things are run, stand around with their hands on their hips and making plans but then do nothing. What must be really humiliating to them is that it took Vicki a full 25 minutes to come up with a plan on how they can take their planet back.

One of The Xerons is played by Jeremy Bullock who would go on to play Boba Fett in the Star Wars films. Fett doesn't speak but his character here does and he spends his entire time standing around with his hands on his hips making us realise why the Xerons never managed to get anything done!

And there are the Moroks. Are this stupid bunch supposed to make us believe that they have conquered the universe, including the Daleks? They are so stupid that they put all their power into a armoury and then leave it open to attack from Vicki and the Xerons. The Moroks acting doesn't inspire much confidence either. Their leader is played by some Australian bloke who has all the charisma of a carrot, a few guys played by stunt doubles who can't act and a guard captain whose actor obviously didn't bother to even look at his script. 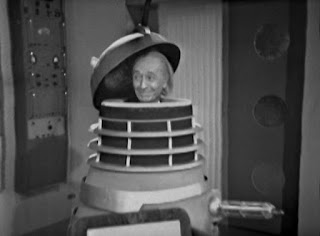 The poor acting is a shame as it makes the main cast look bad also. Though Maureen O'Brien is obviously relishing getting to do some stuff on her own here as she turns the Xerons into a sort of fighting force.

But despite the many problems that plague this story, the concept is a really interesting one. The idea of predestination and how you can't really change it but you can alter events around you is one that would have been new in 1965 and had never been done on anything before. It hasn't even really been explored on the show today which is a shame because the whole topic of predestination is fascinating. It was a good way to explore the world of Doctor Who even if they didn't pull it off too well. But they tried. I suppose...