Doctor Who: The Enemy of the World Review 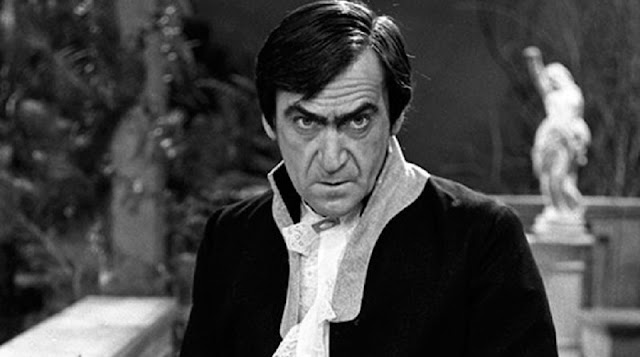 Until 2013, only one episode, part 3, of this story existed in the BBC Archives. On it's own, episode 3 was a bit of an odd one, slightly boring because it didn't feature any of the monsters that packed this series of the show but it felt important. Like it was part of something.

At the time of it's discovery whether the story was actually any good or not was down to those who had seen the thing on its original broadcast between 1967 and early 1968. It is a cracker of a story and most importantly shows us that still during this later period of the sixties when Doctor Who was really starting to settle into the heavy science fiction genre, it was still willing to try something different.

This is not your typical story that you would have found in the Patrick Troughton era. The Enemy of the World takes place in series 5 of the show that featured a different, interesting and nowadays, iconic, monsters. Enemy doesn't have any monsters and I imagine for the children watching it would have been a bit of an odd one for them to sit and see.

This is Doctor Who doing a spy thriller. This genre was just becoming popular around this story's release with early James Bond films being released and programmes like, The Avengers, The Saint and The Prisoner appearing on television. Much like namechecking The Beatles in The Chase in 1965 or mentioning Harry Potter in The Shakespeare Code, this was the time to do a spy story. It even contains a piece of real piece of spy/thriller footage as the scene with the exploding helicopter in episode 1 was stock footage from an early Bond film! 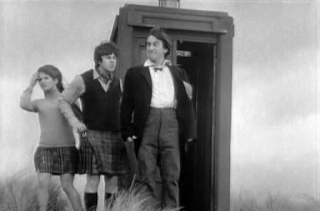 The TARDIS arrives on beach in Australia in the not too far off year of 2018 and drops the Second Doctor and his companions, Jamie and Victoria off fresh from their previous adventure, The Ice Warriors. The arrive in the middle of a scheme from a megalomaniac who wants to take over the world through subterfuge, blackmail and lies. Not to mention the Earth's active volcano's! The story is full to bursting with twists and turns and plenty of double crossings. The fight scenes are fun, in particular the ones with the Emma Peel style character, Astrid with a little bit of cool high tech vehicle scenes featuring hovercrafts and helicopters in episode 1. It was the first time, the show actually had money in their budget to get a real helicopter too. While Patrick Troughton is more chaplinesque than Sean Connery, he does have Jamie who is a Scot too!

Forgetting the spy stuff in it for a moment, the main selling point of this story is the fact that there is a enemy who looks exactly like the Doctor, the villain Salamander. He is a typical bond villain who has an underground base and a powerful weapon capable of destroying the world hidden away. He had grown in popularity by wiping out starvation across the globe with the use of satellites which focus solar energy on increasing crop yields, though his real intention is to take over the world.

Perhaps the biggest shocker with Salamander and the reason he works as a great villain is that he is exactly like the Doctor albeit, an evil version of him. Author David Whitaker knew the Doctor very well as he was the first script editor on the show and because of that, he probably knew the Doctor the best and he doesn't miss any chance to mirror him with the Doctor in some of the most interesting scenes of the programme. 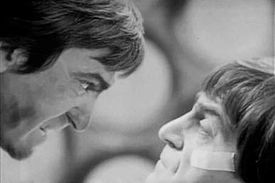 For example, both the Doctor and Salamander are manipulative and deceptive to the people who trust them. Salamander uses blackmail and a whole load of lies to get what he wants from people. The Doctor pretends to be Salamander to find his friends who have been kidnapped. He finds them but stays in character long enough to trick them into giving him the information he wants. While this is a cruel thing for the Doctor to do, it does serve a purpose, he is trying to get Salamanders security chief Bruce, who isn't the scary and mindless brute he appears to be, to switch sides. Where the Doctor tries to see the good in everyone, Salamander looks for weaknesses that he can to his advantage.

Both characters are science wizards. This is something we came to expect from David Whitaker, all of who's story's featured quite a lot of heavy science. Like the Doctor, Salamander uses technology in a way that makes it look like magic. After all, what would you call a blue box that can vanish into thin air? What would you call the extinction of starvation and in episode 4, the mass manipulation of a dozen or so scientists into believing a nuclear war as erupted on the world above their underground base? Even Salamander's food taster Fariah explicitly calls him a brujo which is Spanish for sorcerer. Also like the Doctor, he is a force for chaos and his real power lies in his ability to outthink his enemies. As he tells Jamie at one point, "ingenuity requires a constant stream of new ideas," a statement I believe the Doctor could relate too. In fact, when the leader of the underground scientist's Swan discovers the truth about what Salamander has been lying to them about, you can see Salamander instantly coming up with a new story to tell everyone. 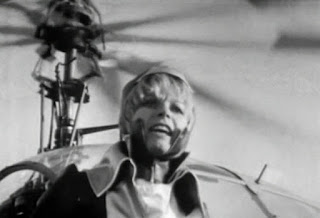 I have mentioned this story being like a James Bond movie. Enemy moves beyond being a simple pastiche of that genre and twists it almost instantly. When the Doctor and his friends arrive on the beach they are attacked because of his likeness to Salamander by people who are in the employ of Giles Kent, Salamander's bitter enemy, making it so they are attacked by the good guys. But just suppose the Doctor had never landed on the beach, Salamander's main enemy would have been Kent for this story in effect, making, Kent, James Bond. We are also led to believe that Kent is automatically one of the good guys because we meet his friend, goodie, Astrid earlier in the story who rescues the Doctor and his friends. He quickly earns the trust of the Doctor and the audience because he saved his life.

Its because of this that it is a little strange that the Doctor is suspicious of Kent from the word go, insisting on proof about Salamander's guilt. This looks like a way for Whitaker to spread the story over six episodes but it also gives the audience to realise that the Doctor has something in common with Bruce, who doesn't appear to the unthinking monster he looks like. In fact, he is shocked by the deaths that are happening around him and saddened by the deaths caused by the volcanic eruptions. It gives him a chance to show us that inside his fascist like appearance their is man who believes heavily in truth and justice. 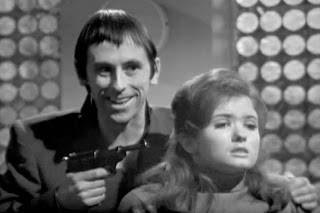 But it also the Doctor's hesitation to act around Giles Kent that should have set bells ringing in the heads of the viewers. In all honesty the men who tried to kill the Doctor in the first episode were in Kent's employ. So why is it so shocking when it is revealed that Kent has actually been in league with Salamander? My theory is that Whitaker tries to tell us that simple categories like a hero or a villain just aren't enough to cover real human behaviour.

Whitaker also focuses on characters who would normally be invisible in Who adventures. There's Salamander's food taster Fariah who starts off as a minor character in the opening episodes before developing into a strong and independent one who is determined to take down her boss and refuses to play the victim. There is also the chief Griffin, who pays no important part of the plot in the only episode he appears in but he makes this world that the regular characters have found themselves in feel more real.

The character who really surprised me though was the guard who crops up every now and again throughout the six episodes and yells at one of the other guards, "Do you always obey orders?" when Fariah is shot and killed. In any other usual story they wouldn't have cared that they had just killed someone but not here. This is a world that feels like it is inhabited with real people. It really allows us to see that guards can be more than just faceless drones.

While The Enemy of the World doesn't feature any actual lumbering monsters, it teaches us that monsters are often around us, they can be anyone, friends or family, acquaintances and work mates. It teaches us that more often than not, people are the real monsters...