Doctor Who: The Paradox Planet Review 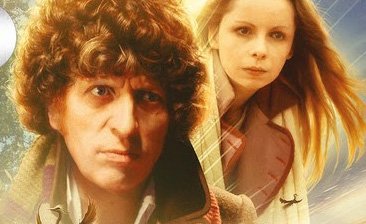 For fans brought up in the era of River Song and the Weeping Angels, time travel paradoxes should be nothing new but in the era that this story is set, time travel was often used just to characters to either the past or the future. But The Paradox Planet really turns this idea on its head and puts the Fourth Doctor, Romana and K-9 in a real timey-whimey problem!

Jonathan Morris's script mixes the Steven Moffat time travel era and the classic era of the show that Big Finish does really well in a pleasing way. Traveling through the time vortex, the TARDIS is hit by a time tank and Romana vanishes, the Doctor and K-9 follow the tank and Romana to the planet Aoris - a world which is literally at war with it's past. The people from Era 25 of the planet are sending troops back to Era 14 to gather resources and collect a male and female of the endangered species in the planet's past. However the people of Era 14 are retaliating by leaving bombs that are primed to go off in Era 25.

With both powers completely unaware of the part they are playing in the ultimate destruction of their planet, the story could quite easily be read into as a commentary on climate change and the eventual effect on the environment that war has. However this story isn't preachy, it's double meaning just adds another enjoyable layer to the story. Morris's script is well paced and picks the right times to add weird and wonderful elements into the mix.

The story is praiseworthy because of how it handles the leads in the story. Separating the Doctor and Romana in no way hinders the story. Instead it allows us to see just how each of them approach a situation. Romana is very strict and rule abiding while the Doctor continually makes jokes about how big their control rooms are. Also, fans of the great character of K-9 will be pleased because, just like he was in the novel Festival of Death, K-9 becomes an essential part of the plot.

The story really allows leads Tom Baker, Lalla Ward and John Leeson to shine and is another success in the Fourth Doctor range of audio adventures with the story promising a great conclusion in the next release of the range called Legacy of Death!

THE PARADOX PLANET, WRITTEN BY JONATHAN MORRIS AND STARRING TOM BAKER, LALLA WARD AND JOHN LEESON AS THE VOICE OF K-9 WAS RELEASED BY BIG FINISH PRODUCTIONS IN MARCH 2016.