Doctor Who: Last of The Cybermen Review 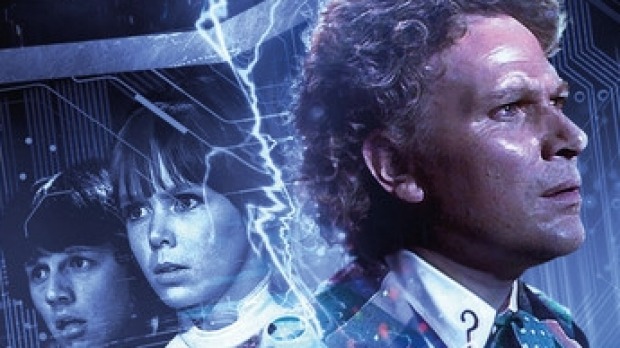 Continuing the Locum Doctors Trilogy started in the less than stellar story The Defectors, Last of The Cybermen sees The Second Doctor, Jamie and Zoe arrive on an unknown planet to investigate the presence of a mysterious monument resembling a gigantic Cyberman head. But then the Second Doctor disappears and a later incarnation takes his place.

When Zoe finds herself with a strange group of archaeologists, soldiers and half converted Cybermen, the strange Doctor and Jamie end up in pursuit. But how the Doctor and Jamie interact might just put her rescue in jeopardy...

Gradually as the story continues all parties are finally reunited and investigate the huge Cyber monument but their is one more fly to be uncovered from this particularly dangerous ointment.

The story definatly feels like a traditional Second Doctor story unlike its predecessor, The Defectors which felt like a confused mixture of Third and Seventh Doctor eras. The whole story plays a lot in the Second Doctor sandbox with plenty of Cybermen, comedy and silly interplay between all the leads. In particular, the story borrows heavily from Tomb of the Cybermen not only in tone but also plot points.

The story has plenty of good natured juvenile banter, more than we are usually treated to from the usually serious author Alan Barnes, who explores a lighter side of his authorial persona by giving us possibly the most entertaining doctor/companion match ups to date!

The story is driven entirely by Colin Baker and Frazer Hines's duelling brothers dynamic which is something that should never be missed. In fact, this story could have sold itself just on the basis that this was the Baker/Hines show!

The only problem I have with this story is that most of episode 4 is not needed, it could have quite easily been only 3 episodes long and still work well. That's not to say that what happens in episode 4 isn't entertaining, but when you listen to it, you know it is sort of padding out what we already know happened from the previous episodes. But this is only a minor quibble.

This whole story is an entertaining bit of business that ultimately leaves the listener hankering for more Colin Baker and Frazer Hines.

LAST OF THE CYBERMEN, WRITTEN BY ALAN BARNES AND STARRING COLIN BAKER, FRAZER HINES AND WENDY PADBURY WAS RELEASED BY BIG FINISH PRODUCTIONS IN MAY 2015