Doctor Who: The Monsters Inside Review 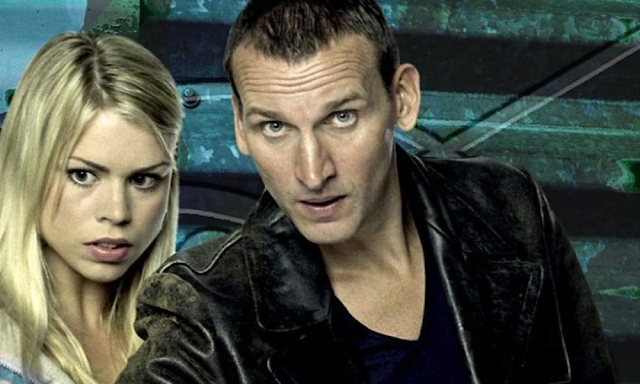 The year is 2501 and Rose Tyler has been taken to her first alien planet. But the trip is going wrong, very, very wrong.
With the Doctor and Rose separated in an alien prison camp, they discover the presence of an old adversary and have to fight for more than just their freedom...

Regular Doctor Who author Steven Cole sets this novel on an alien world, the first time for this series that the book is set in to feature an alien world and it is truly alien. With green skies and multiple suns hanging in the air. But little is seen of the alien world as most of the book takes place indoors, switching regularly between a juvenile-girls detention facility and a high tech alien one. The story diverts pleasingly between the Doctor having to make friends with members of the Slitheen family while Rose has to expose the presence of the Blathereen another Raxacoricofallapatorian family. As the book continues we witness mysterious deaths and the unfolding of an evil conspiracy that involves the whole galaxy and the Doctor has been unwittingly helping those who are behind it.

The often technobabble heavy plot is straightforward enough to follow and the science is punctuated with enough action to keep the reader invested for the journey. The plot is occasionally heavy handed and emotional moments are ruined by unnecessary jokes or comments and the toilet humour is a little too childish for mature fans, which does ruin the story somewhat.
The Slitheen and Blathereen families are unavoidably flatulent but the fart jokes get extremely annoying, much like they did in the stories Aliens of London and World War Three and the subsequent appearances of both aliens in The Sarah Jane Adventures.

Both the Doctor and Rose are well characterized with the Doctor instantly being recognizable as Christopher Eccleston's Ninth incarnation. Cole manages to walk a fine line between showing Rose's despair and her outward resilience and resourcefulness. The pair are given an interesting twist with Rose being the one to put stopping the Blathereen before her life and freedom and the Doctor only being listened to because he is her 'companion' for most of the story.

The novel loses its strength when Cole seperates the Doctor and Rose and there isn't the usual bickering and teasing that showcase what a great relationship these two characters obviously had except for one scene with them both talking over videophone under the eyes of their Blathereen captors. And despite his numerous assertions that he needs her, for most of the book Rose ends up being little more than his follower.

The sheer amount of characters included isn't really necessary especially as most of them aren't fleshed out to a suitable standard. There are some good characters, Senator Lazlee Flowers begins the book as the Doctor's captor but gradually becomes his best ally and is sympathetically written as a trapped woman who is prepared to somewhat overlook her conscience but taps into a source of incredible bravery when she discovers the truth about her bosses.
But for the most part, there are too many characters, none of whom are fleshed out enough and it spoils those characters who are actually interesting.

However, the Slitheen and Blathereen are well written and well rounded characters. Although both families are clearly immoral, they are shown to be close and caring and the line between good and evil becomes blurred with the Slitheen teaming up with the Doctor to stop the even worse Blathereen not out of friendship or for their survival but simply for one-upmanship.

There are events through this novel that are mentioned again on the television series. The planet Justicia is mentioned as one of those she has visited in Boom Town and both the Slitheen and Blathereen where villains in The Sarah Jane Adventures. This is pleasing for those who like their Who novels and television episodes to coincide.

The Monsters Inside is a very simple adventure but an enjoyable one with a few strong characters and a good plot that mixes humour, science fiction and action together in a pleasing enough manner.

THE MONSTERS INSIDE WRITTEN BY STEVEN COLE WAS RELEASED BY BBC BOOKS IN MAY 2005.
Billie Piper Book Review Books Christopher Eccleston Doctor Who Novel Review Rose Tyler The Ninth Doctor