Exciting News From Big Finish - The War Doctor and Leela! 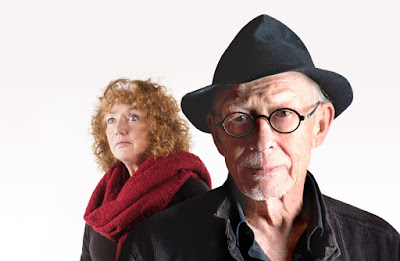 In 2017 an old friend will return to a hero's side in his greatest hour of need. John Hurt and Louise Jameson star in Doctor Who - The War Doctor 4: Casualties of War

Announced live on stage at Big Finish Day 8, the fourth box set in The War Doctor saga will see Louise Jameson's classic companion Leela reunite with the War Doctor (John Hurt), as the horrors of the Time War come ever closer to home.
‘I’d often wondered what became of Leela during the Time War,’ says producer David Richardson, ‘and working on these War Doctor tales has given us a wonderful opportunity to explore that. And it’s irresistible territory - the Warrior of the Sevateem reunited with an old friend, who has become a Warrior in the Time War.’

Louise has previously reprised her role in multiple Doctor Who releases, starring opposite Tom Baker in three series of The Fourth Doctor Adventures and with fellow companion Lalla Ward in the popular spin-off series Gallifrey.

‘Over the many years of working with us, Louise has brought so much extra depth to the character of Leela,' says Big Finish executive producer Nicholas Briggs, 'and given the nature of her backstory and involvement in the affairs of Gallifrey it was a natural choice to have her involved in the Time War. And like John Hurt, she’s a genuinely uplifting person to work with.'

The entire War Doctor saga can be ordered together in a special bundle which includes the five-disc prequel box-set Doctor Who: The Eight Doctor – The Time War. And remember, when you choose to buy this release on CD directly from Big Finish, you will also unlock instant access to a digital copy for download!
Audio Audiobook Audiodrama Audioreview Big Finish Doctor Who John Hurt Leela Louise Jameson News The War Doctor