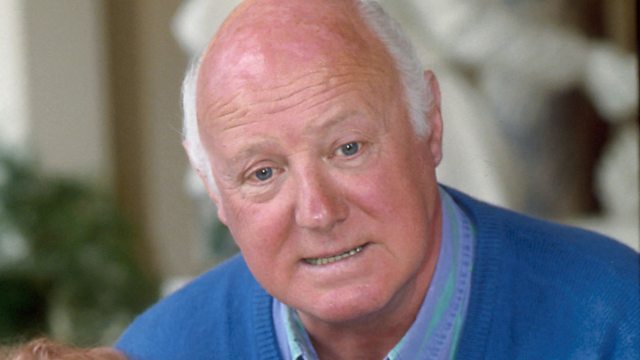 It is with deep sadness that I have to report that Doctor Who author Robert Banks Stewart has sadly passed away.

Many will remember him fondly for creating the Zygons a foe that has come back to menace the Doctor in the 50th anniversary special and the two part epic from last year.

Aside from writing two Fourth Doctor adventures – Terror of the Zygons and The Seeds of Doom – he co-created the well-remembered Shoestring (1979–80) starring Trevor Eve as a detective on the edge, and created the enormously popular Jersey-based cop show, Bergerac (1981–89). He also scripted episodes of the most iconic series of the 60s and 70s including Danger Man, The Avengers, Callan and The Sweeney and served as a producer on huge hits such as Hannay, The Darling Buds of May and Lovejoy.

But Doctor Who fans will remember Robert for his two fantastic stories from the 70s. The first, Terror of the Zygons, introduced the shapeshifting Zygons, a popular foe who returned in the 50th anniversary special and more recently, in a series 9 two-parter.

His second adventure, The Seeds of Doom, is a cracking six-parter full of wit, energy, terrific dialogue and superb characters. The alien menace of the story – the Krynoids – only made a single television appearance but they remain one of the best-loved monsters from the show’s early years.