Doctor Who: Vengeance of the Stones Review 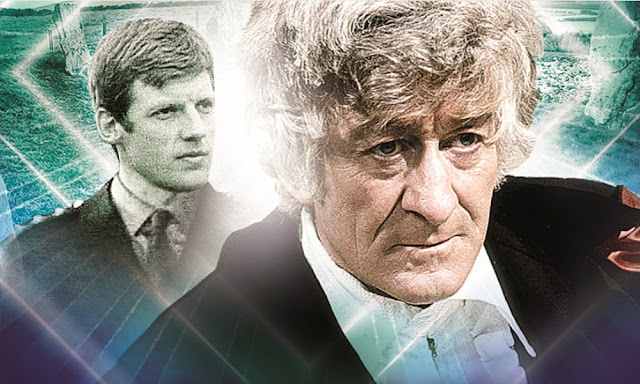 As with Hunters of Earth, the third release in the Destiny of the Doctor series, Vengeance of the Stones takes place in an unfilled chapter of the series' history. This story gives us the untold tale of how Mike Yates came to join UNIT.

One isn't entirely sure when this serial is supposed to take place, given that in Yates's first story, Terror of the Autons, the Doctor says that the plucky young captain was given the job of clearing up the mess left after the first Auton invasion. So, presumably, this story takes place between Spearhead from Space and Doctor Who and The Silurians despite the fact that, if this is when the story takes place, companion Liz Shaw isn't mentioned. Not that it matters as this doesn't signify anything.
This story has some pleasing UNIT continuity with the UNIT C-130 Hercules mobile command centre makes its sole appearance outside of The Invasion.

Jon Pertwee's Doctor never had a three parter on screen, in fact it were times when his Doctor barely managed to reach four parts but, if there was going to be a three parter in season 7, this is how it would have been done. This story is stuffed full of the military precision that the seventh series was full of with three natural climaxes and each episodes are roughly 25 minutes long while there is some of the softer tones of the next season.

Author, Andrew Smith, who wrote the televised story, Full Circle, before vanishing from the writing world for 30ish years before returning again to Big Finish with the story, The Invasion of E-Space. He is now one of the mainstay writers for the Who range.
He writes well giving us vivid descriptions of fighter jets disappearing and giving us a good scene where the Third Doctor and the Brigadier speak to a little boy, with the whole scene featuring some of the classic Pertwee moments of charm.

This story fills in a gap that didn't neccessarly need filling but in doing so, the producers of this release have given us another nice slice of classic Pertwee Who era.