Doctor Who: The Juggernauts Review 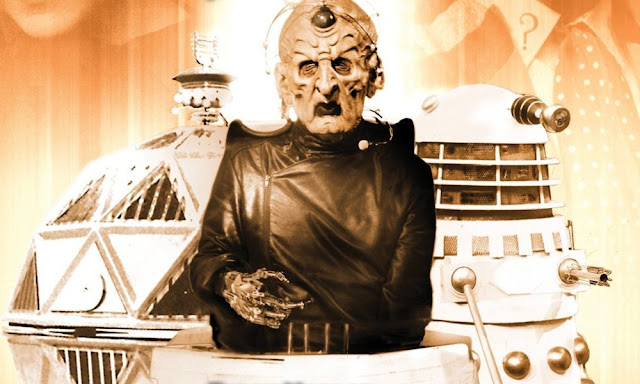 Beginning right in the middle of the action, The Juggernauts starts with the Doctor and Mel trying to escape from a medical ship that is being shot out of space by unknown enemies. While Mel heads for the escape pods, the Doctor vanishes back into the explosions to search for the TARDIS.

We then skip to several months later where Mel's escape pod had landed on the planet Lethe and she has joined a scientific team that are working on a secret project whose ultimate goal is to create an army of Juggernaut robots that could take over mining operations and save human lives.

On the other hand though, the Doctor wakes up in a cavern. There is a nice nod to continuity with him calling out for audio companion Evelyn Smythe. It's dark, its dank and of course, he has been restrained by something. He though has been recruited by a completely different team - the Daleks, who intend to use him to stop the Juggernaut project.

The Juggernauts are not who they appear to be, they were once called Mechaniods. And, once upon a time, someone in Mel's scientific team was called Davros...

Recorded and released in the period when the new series of Doctor Who was establishing itself on television once again, Big Finish had to establish itself for only the classic series. The Juggernauts goes all the way back to the First Doctor era for its foundation. It doesn't need to though, although the term, "Mechanoid'" is thrown around, casual listeners wouldn't find any other connections to the 1965 serial, The Chase.

The Juggernauts is a good standalone story. The plot works well for long term fans and the casual listener and proof that secret villains and scientific hubris are a satisfying guilty pleasure for listeners to these audio adventures.

It is just unfortunate that The Juggernauts will probably be passed up by many potential listeners just because the Sixth Doctor and Mel weren't popular on television.

Big Finish has defiantly proved its worth with their redressing of the bad storytelling and worse costumes that somewhat plagued the show in the mid-eighties and this story is evidence of how much work goes into reinvigorating that era.