Doctor Who: The Scorchies Review 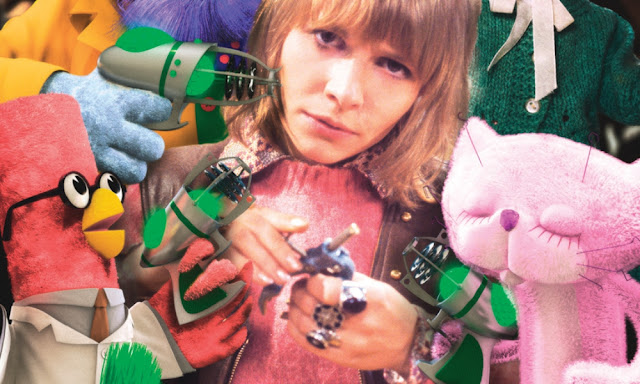 Before 2013's The Scorchies, Big Finish had done a couple of Doctor Who audio adventures to feature musical numbers, Doctor Who and the Pirates, is possibly the most famous of these. But like many franchises have proven, you don't just have to do one musical and The Scorchies is really quite different to Pirates. Jo Grant has decided to find the Doctor, who has been captured by the sinister Scorchies, who are all puppets in a popular children's television show. But the Scorchies are threatening to take over the world...

Author, James Goss, decides to follow Jo from the moment she is captured by the Scorchies as they continuously torment her with endless cruelty, laughing and joking about the Doctor's death and revelling with songs. It is a pretty simple story with most of it focusing on Jo and Scorchies giving the listeners all the back story. But it is brilliantly done!

Katy Manning plays Jo Grant to perfection, her time on television was wonderful and her audio outings are delightful to listen to. Katy Manning is amazing! The only other actor in this piece is Melvyn Hayes who plays most of the Scorchies, Manning does the others. Both actors give each of the puppets their own personality and some of them are quite touching, I find the puppet to die quite sad! A problem that sometimes plagued The Companion Chronicle range of audio adventures was that some of the stories were either too big or too small for the 60 minute format. But being based on children's television shows, The Scorchies is just right, using those 60 minutes wonderfully.

The highlight of The Scorchies has to be the music. I thoroughly enjoyed the specially written songs, Jo Is Making A Thing, is especially catchy, one that you can listen too over and over again. It is delightful and zany. As is The Killing Of The Doctor Song, which is perfectly timed. Song writers, Richard Fox and Lauren Yason did a brilliant job with these songs. As well as those songs, the script is also littered with little pieces of humour, my favourite being the mention of the reverse polarity-polarity reverser!

The Scorchies is one of those stories which are little gems. And it is one of many examples of how cancelling the regular Companion Chronicles range was a crime!

Now I'm going to listen to those brilliant songs all over again!