Doctor Who: The Magic Mousetrap Review 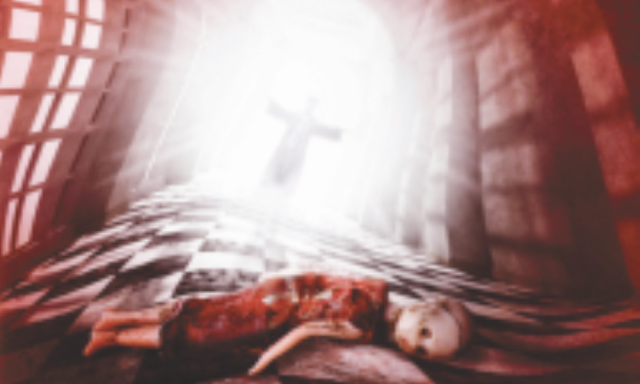 This story begins with the old trope that makes even the most hard-core Who fan roll their eyes, amnesia, yes, the Doctor has amnesia and can't remember a thing that happened before he finds himself on a cable car travelling up the side of the Alps to a sanatorium. But thankfully the story gets better...

In the opening acts and continuously throughout the story the Doctor keeps the company of the interesting Queenie Glasscock, who is on her way to the sanatorium to visit her father who fell ill and had to be put there for his own safety. We can be forgiven for thinking that maybe a sanatorium is the perfect place for the darker Seventh Doctor!

Things continue to get stranger when the strange Bunty and Bobo turn up and they strangely sound like the Doctor's companions, Ace and Hex who are putting on posh accents and sure enough it transpires that it is Ace and Hex putting on posh accents! It is then that the brilliant plot for the story is revealed, Ace and Hex are the ones with the final master plan and it is the Doctor who is this time being manipulated and being given a taste of his own medicine.

This concept could carry this story well enough on it's own with Ace gleefully enjoying being the grand chess master and the evident misgivings Hex has about the part he has to play in the whole thing. But it is helped greatly by the interesting cast of supporting characters who are wonderfully eccentric and not entirely doolally. Queenie's father, Swapnil Khan, Lola Luna, Harry and Herbert Randall and the delightful Mrs Kerniddle are all brought vividly to life by the fantastic supporting cast.

Throughout the story the audience is made to feel like that so long as Ace and Hex know what is going on then everything should be alright. And it is, until the story's villain reveals himself and then all bets are off for the final two episodes.

Overall, The Magic Mousetrap is an enjoyable enough way to wittle away a couple of hours and while it isn't a story that you will instantly find yourself reaching for in the near future, the fantastic story and vivid characterisation makes this one a fine choice for those cold, wet and windy days spent indoors...