Doctor Who: The Abandoned Review 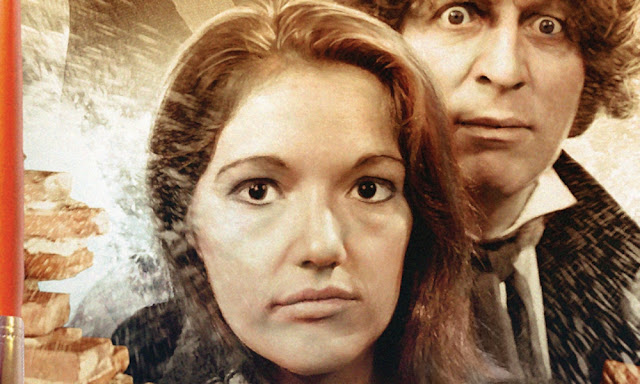 After a series of adventures for the Fourth Doctor that has largely been competent but dull, with the exceptions of White Ghosts and The Crooked Man, The Abandoned comes a wonderful breath of fresh air; its mad and strange and mixes reality and nonsense with glee.
There are nursery rhymes that come to life and it even picks up on some of the on going themes of the series.
It is full of ambition and drive that the stories, The King of Sontar and Destroy the Infinite completely and utterly lack.

I really wanted to like this story. I really wish I could tell you that The Abandoned was an unqualified success. I wish I could that with every story because I hate writing negative reviews.

Instead, I have to tell you that The Abandoned is a mixed story. It tries, in fact it tries very, very hard but there are some great moments as well awful moments.
The story is full of great dialogue and wonderful concepts. There are also some great performances for regulars, Tom Baker and Louise Jameson as well as from the guest cast including Stephanie Cole as Lady Marianna.
However, there are some characters that do nothing but cackle a lot and it is probably one of the most irritating things you've ever heard. Some of the ideas aren't very well realised or used very much and sometimes the story becomes a surreal piece of gibberish.

Its a story that delights in its suprises but it feels like one good rewrite away from a perfect story.
However, it ultimately feels like a missed opportunity.
I hope that Louise Jameson tries her hand at writing again as she a boldness in her writing that I enjoyed in this story and its the kind of shakeup that the third series of this range so greatly needed.

This is one of those stories that you will either love or hate - I am squarely in the middle but I am glad that this story exists.